Manchester United vs Swansea City Predictions: Swans in Search of a Miracle 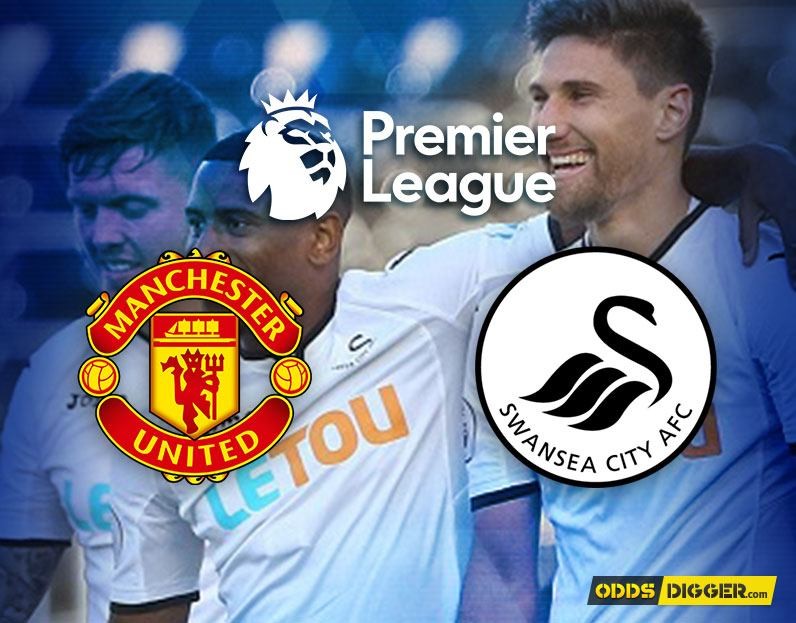 Manchester United vs Swansea City preview is here to present two football betting tips for one of the most interesting clashes of the 32nd round of the English Premier League. The Red Devils lost all the chances to win the title or the Champions League, and they are going to focus on FA Cup challenges, in order to avoid a complete catastrophe in this season. Place among top four in the Premiership is almost certain, but it doesn't mean that Mourinho is going to surrender before every match. On the other side of the pitch, we have the Swans, desperately trying to stay in the top level of English football, coming to Trafford with only one desire, and that is to remain unbeaten. Manchester United vs Swansea City bets predict a lot of goals this Saturday, so stick with us, and read why.

Our partners: 777Spinslot casino gives access to the most beneficial promotional offers in the industry, from registration offers to bonuses, free spins mobile no deposit and free bets.

The recent history of direct meetings between the two clubs is very rich with goals. Only two clashes in the last eight didn't go over the proposed limit. Also, United plays efficient matches lately, and in the preceding five, four saw three or more goals. Mourinho is certainly going to mix the lineup a little bit, to rest some players from the international duties, and to explore other options with some guys who haven't been playing that much before. Swans have to attack if they want to grab at least one point, which makes this event promising to see a high-scoring affair. For this part of Manchester United vs Swansea City betting tips, the best place when it comes to Premier League odds is Sportingbet.

The hosts are experiencing a lot of issues with the back line of their team recently. It appears that United's defense is pretty vulnerable, and that could be the perfect chance for the guests. We have witnessed a huge improvement in the performances of the Welsh club over the last couple of weeks, and we just have to take some risk and bet that Carvalhal's team is going to score at least once. When you look back in the past, you will see that Swans managed to score in all but one, of the latest 5 trips to Manchester, and six of eight events overall saw both teams to net. If we add that home team had a lot of players called for the international duty, and that they had exhausting matches and trips, chances for this pick are looking good. Manchester United vs Swansea City predictions have just one more info to add, and it concerns the bookie for this bet. William Hill offers the best deal at the moment and with 6/4 they give the highest profits available.

To see odds on the next event visit Manchester United vs Swansea City odds page.