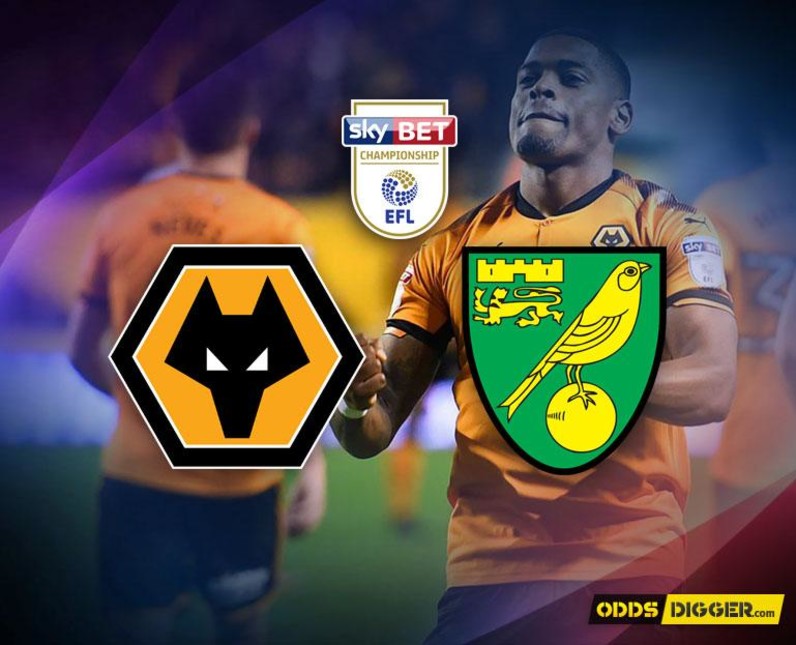 In today’s free Wolverhampton Wanderers vs Norwich City preview, we take a critical eye to a Championship battle between two clubs in fine recent form. The home side hold a huge eleven point lead at the summit of the table and they look certain to be playing Premier League football next year. The Canaries can still make the play-offs, though their chances remain slim.

Our partners: 777Spinslot casino presents access to the most beneficial special offers in the business, from sign-up offers to bonuses, no deposit spins uk and free bets.

In the weeks leading up to today’s Wolverhampton Wanderers vs Norwich City betting tips, Nuno Espirito Santo’s men picked up victories in three of their last four outings. Wolverhampton Wanderers secured important successive wins over Ipswich, Sheffield United and QPR before grabbing a credible point at Deepdale against a tough Preston North End side. Wolves have lost just one of their last fifteen fixtures at Molineux in all competitions.

Norwich City were involved in a hugely dramatic East-Anglian Derby with Ipswich Town at the weekend. It looked like all was lost when they conceded an 89th minute goal to Town’s Luke Chambers, however Timm Klose scored a 95th minute equaliser to send the Carrow Road crowd crazy. The draw extended the Canaries’ unbeaten run to four and they have lost just one in nine Championship matches overall. Check out our English football betting tips further down.

The talent within the ranks of the home side had a massive influence over today’s Wolverhampton Wanderers vs Norwich City bets. Wolves have opened up an eleven point gap at the top of the Championship thanks to the outstanding ability in their squad. They are clearly a level above the other clubs in the division and therefore enter every fixture as big favourites.

Wolves have been particularly good at home in 2017/18, losing just two of their sixteen Championship fixtures since last August. They have collected thirty eight points from a possible forty eight available at Molineux this season, which makes them the strongest outfit on home turf from a statistical standpoint.

Wolves have only lost once in their last sixteen at home in all competitions overall in a run stretching all the way back to August 19th, though the traveling Canaries won’t be pushovers – they haven’t suffered defeat in any of their last five away matches. Wolves beat City in the reverse fixture between the two earlier in the campaign, running out 2-0 winners at Carrow Road and we’re tipping them to repeat the trick this week. The latest Championship football betting odds at Betfair are worth your attention. No other bookmaker can match the value they offer.

It won’t surprise you to learn that the home team featured in today’s free Wolverhampton Wanderers vs Norwich City predictions are the Championship’s top scorers. The title favourites have already netted fifty seven times this season in a productive campaign in front of goal. However, defensively they have been a little suspect of late.

Wolves have only stopped their opponents from scoring twice in their last six and on Wednesday they welcome a Canaries squad to Molineux who have developed a handy knack of scoring in the majority of games they play. Daniel Farke’s troops have now found the net for seven straight games.

Burton Albion were the last side to stop Norwich scoring in their 0-0 draw with the Canaries back in late December. Furthermore, in two of the last three meetings between these sleeping giants, both teams managed to get their name on the scoresheet. The home team are likely to come out on top in this one, but City have every chance of scoring past their former keeper John Ruddy in the Wolves goal. Betway Sports have some terrific odds to take advantage of in our selected market, so don’t miss out.

To see odds on the next event visit Wolverhampton Wanderers vs Norwich City odds page.