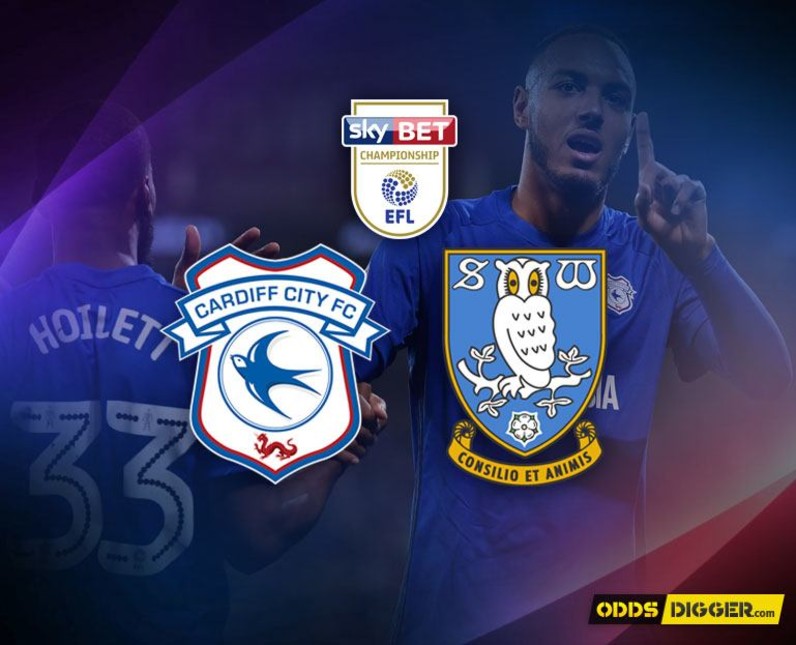 The closing event of the 28th round of the English Championship will be played at the legendary Hillsborough. OddsDigger is bringing detailed Sheffield Wednesday vs Cardiff City predictions, which are going to help you when making the final decisions about football betting picks for this match. The hosts are still above the red zone, but they have to be careful in order not to slip into it since they are not very far away. Meanwhile, the Welsh team is fighting for the place No.2 and a direct passage to the Premiership. All in all, one hell of a fight is about to be seen in the city of steel. Sheffield Wednesday vs Cardiff City preview is here to tell you all about it.

As usual, we respect the tradition in English football. In this case, that reflects on our decision to put goals on both sides in these Sheffield Wednesday vs Cardiff City bets. In the 7 latest direct meetings, five ended with scores in both nets. Presently, nine of 13 rounds at Hillsborough saw the same thing. We do not doubt whether Cardiff will hit the net here, and opposite to them, it is a time for the hosts to bring smiles on the faces of their fans after more than 360 minutes. If you agree with us, please lay your bets at William Hill. The reason is pretty simple. At the moment, you won't find higher Championship odds anywhere else other than with them.

There is a pattern here suggesting that an average efficiency is the most common outcome in the games between the two clubs. For a start, current productivity is something that tells us this fact. Eight of the hosts’ 13 games ended with it. One more game saw it on Cardiff's road trips, during the same interval. And as ultimate evidence, we have a head-to-head history. Since 2013, seven matches happened. Five of them were between 2 and 3 goals. If there were any doubts surrounding the closing piece of Sheffield Wednesday vs Cardiff City betting tips, it is time for them to fade away. As usual, SunBets always provide great odds when it comes to this efficiency. This case is no different than the rest.

To see odds on the next event visit Sheffield Wednesday vs Cardiff City odds page.