Bristol City vs Norwich City Predictions: Canaries to Snatch a Draw in Bristol 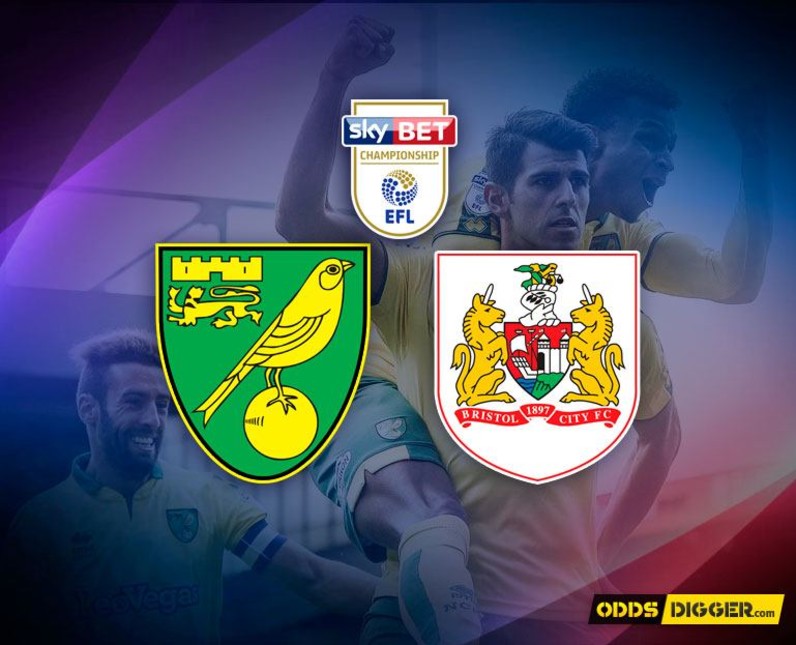 The Robins host the Canaries in the battle of the Championship birds this weekend and our Bristol City vs Norwich City preview will attempt to break down what looks an intriguing match-up between two teams in very different form. While the home side are a full nine places higher in the table than the visitors to Ashton Gate, Norwich City are the team in better shape currently.

Just prior to our free OddsDigger Bristol City vs Norwich City betting tips, the home team lost three successive matches, losing out 1-2 against Wolves, 0-5 against Aston Villa and 0-3 away to Watford in the FA Cup third round. In fact, it’s now just one win in five overall for the promotion chasers who may have been distracted by the looming Carabao Cup Semi Final doubleheader against Premier League giants Manchester City.

The Canaries are unbeaten in four games now and their most recent performance was particularly notable. Daniel Farke’s men held Chelsea to a 0-0 draw at Carrow Road at the weekend in the FA Cup, a result that is sure to galvanise their confidence further. It’s now just three defeats in nine for the Yellows who have started to claw their way up the table towards the play-off positions.

The home team featured in today’s Bristol City vs Norwich City bets will have to navigate a huge League Cup Semi Final first leg against Pep Guardiola’s Man City before they host the Canaries at Ashton Gate this weekend. Tiredness is bound to be a factor come the weekend and Lee Johnson may be forced to shuffle his pack to keep things fresh.

Bristol City thumping 0-5 defeat to promotion rivals Aston Villa in their last Championship run out is bound to have knocked their players’ self-belief which in turn should open the door for Daniel Farke’s men to take a positive result on Saturday. Furthermore, Norwich are unbeaten in their last five meetings with the Robins, a run that should give them extra impetus.

When the sides played each other back in late September, they shared the points after a dour 0-0 draw. That was the second successive stalemate between the sides and we are tipping the teams to end level again this time around. Today’s Championship football odds are supplied by Sunbets, whose prices represent the best value when compared to their competitors.

As we pointed out above, the teams in our Bristol City vs Norwich City predictions played out an uneventful 0-0 draw the last time they faced-off. In fact, there have been just three goals in total over their last three meetings, all of which, unsurprisingly, ended with under 2.5 goals registered.

Three of the Canaries’ last four contests have finished below our targeted goal mark, while each of our analysed sides has failed to score in two of their last three matches. Bristol failed to score against Aston Villa and Watford, while Norwich drew blanks against Burton Albion and Chelsea.

When we couple the result of their early season encounter with the teams’ current lack of goal getting power, it’s only natural to expect few goals at Ashton Gate this weekend. Our final selection is an obvious candidate for inclusion in our English football betting tips and you can back the under 2.5 goal prediction at Sportingbet, whose odds and offers beat the rest for value.

To see odds on the next event visit Bristol City vs Norwich City odds page.