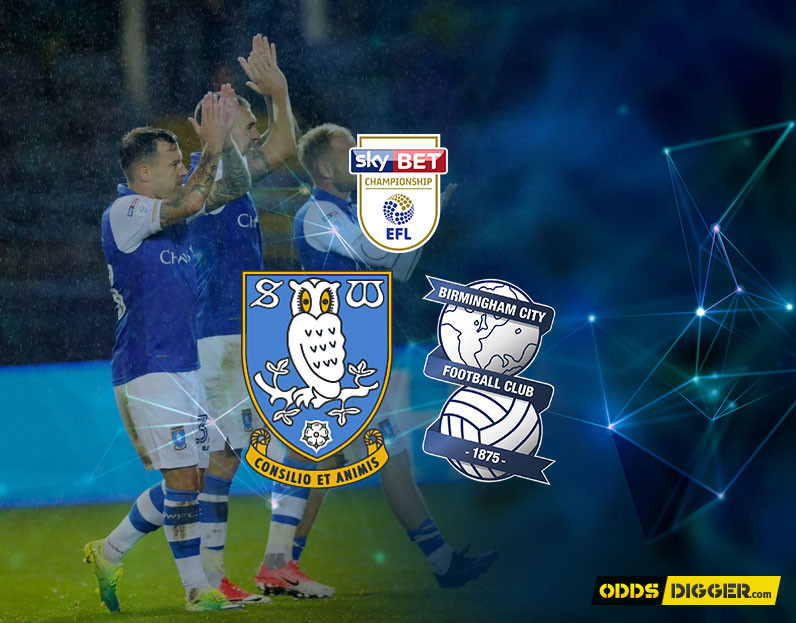 Our partners: 777Spinslot casino site provides access to the most beneficial specials in the industry, from new player offers to bonuses, no deposit free spins uk and free bets.

City’s well-earned point at Derby over the weekend was the first time they hadn’t lost in six. One win from nine Championship matches is a torrid return and it’s easy to see why they sacked Harry Redknapp ahead of our Birmingham City vs Sheffield Wednesday betting tips. Only bottom club Bolton Wanderers have scored fewer goals than the Blues so far.

The away team would have been devastated by their 2-4 derby defeat at home to Sheffield United just prior to today’s Birmingham City vs Sheffield Wednesday predictions. That result was their only loss in five matches however and they have lost just twice in nine Championship fixtures overall.

Wednesday have won on two of their last three visits to St. Andrews, though in 2016/17 it was the Blues who stole the points with a 2-1 win. Sheff Wed have beaten their opponents on four of their last six encounters overall.

We open our Birmingham City vs Sheffield Wednesday bets advice by predicting that both of the sides will get on the scoresheet on Wednesday. The away team have scored in ten of their eleven matches in 2017/18 across two competitions – they always find a way to score regardless of the result. In four of Birmingham’s six games at home this season they have managed to get on the scoresheet and even though their overall results and performances have been generally terrible, they do manage to find the net in front of their own supporters. In two of the last three meetings between our featured clubs, both of them scored, adding further credence to our prediction. Bet-at-home have some brilliant value odds to match our free pick, so we recommend you use them to bet.

We have a more unusual follow up pick for our football tips for today where we predict that the game this week won’t end in a draw. That means we are backing either the home team or away team to win and while the odds aren’t amazing in terms of value, they are a great way to boost an accumulator. In the last eight games between these Championship strugglers, on only one occasion have the sides finished all square, that was in 2015. In fact you could look further back and see that there has only been three draws in twenty three contests between the sides. That’s quite a remarkable statistic and one that drove us towards making this prediction. 10Bet have the optimum value for bettors looking to use our free picks.

To see odds on the next event visit Birmingham vs Sheffield Wednesday odds page.