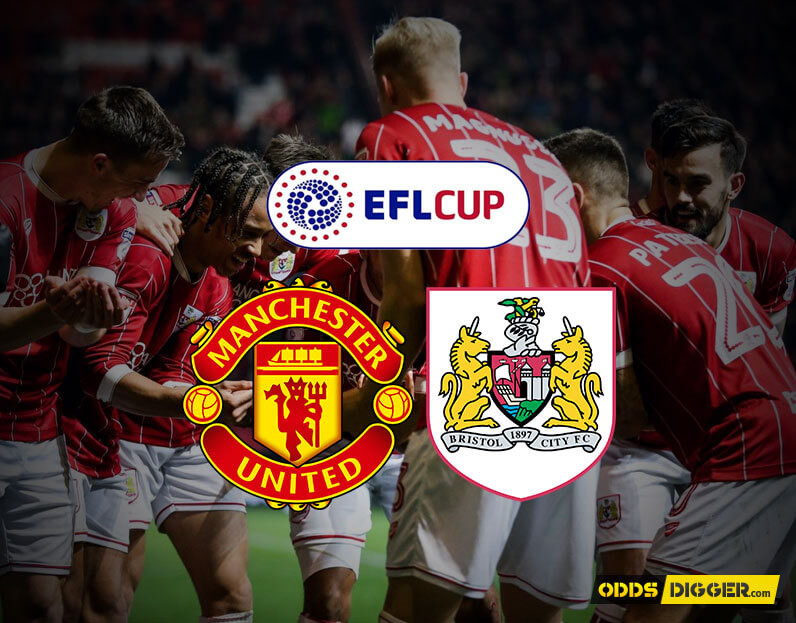 Mourinho and the Red Devils are confidently going towards another piece of silverware in the English Football League Cup. We all know that the Portuguese manager is a specialist for cup contests and that when it comes to knockout stages, his teams are always ahead of others. This Bristol City vs Manchester United preview will present the closing game of the quarterfinals of this prestigious competition, and point towards best football tips and the places where latest soccer odds have the highest value. We all know that despite being very good this season, hosts are massive underdogs in this matchup, regardless of the fact that they have home turf advantage. Simply, this is not important against Mourinho. Now, to some Bristol City vs Manchester United betting tips.

With all due respect towards Lee Johnson and his players, United is far more superior in all lines on and off the field. They did eliminate three members of the English Premier League, but Watford, Stoke, and Crystal Palace are nowhere near the Red Devils. In the cup games, Mourinho has a simple recipe, and that is not to allow a goal. The attacking line will somehow score at least once, but the defenders are obligated to stay focus and concentrated throughout ninety minutes. The hosts are maybe efficient in Championship, but this is something utterly different. Guests victory with a nil is best covered at Ladbrokes, and it will be the opening part of Bristol City vs Manchester United bets.

This is the perfect opportunity for the Swedish player to put some goals on his account in 2017/2018 season. After a terrible injury and his miraculous recovery, Zlatan is still way out of his form, but one of the best strikers in the history is patiently waiting for his moment. The 36-year-old didn't have too many chances to the net, but we are sure that Mourinho is slowly going to introduce him into the rotation and that the game in Bristol will be an ideal one for him to shine. His previous appearances were not lengthy, and he was off the bench, but in this one, we believe that he will get more minutes on the field. Along with that, more chances to strike at least once. Zlatan to score is paid best at Unibet, and it is also the final of Bristol City vs Manchester United betting tips.

To see odds on the next event visit Bristol City vs Manchester United odds page.