Sydney vs Perth Glory Predictions: Sydney Have Won Their Last Five against Perth 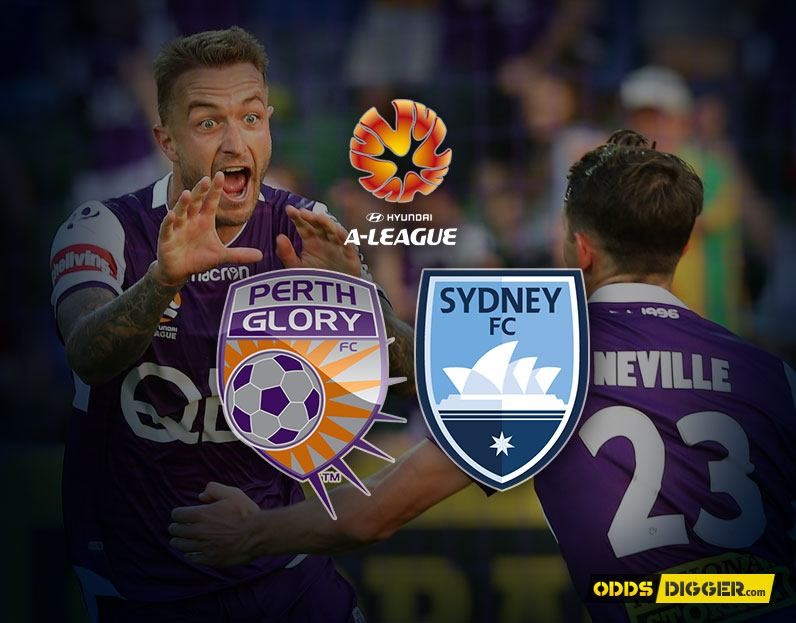 Last season’s A-League champions Sydney have started the 2017/18 campaign in fine fashion, winning two of their first three league fixtures and remaining unbeaten in seven competitive matches overall. Ahead of this week’s OddsDigger Sydney vs Perth Glory preview, the Sky Blues dropped their first points of the season in a 2-2 home draw against city rivals Western.

Our partners: 777Spinslot casino site gives access to the most attractive specials in the industry, from registration offers to bonuses, free spins and online roulette free bet no deposit.

The home side in today’s Sydney vs Perth Glory betting tips have a terrific record at their own stadium, they haven’t been beaten at the Allianz Stadium in eighteen league games. We have to go all the way back to April 2016 to find their last reverse on home soil when they were turned over 2-0 by Adelaide.

Perth Glory have had a mixed bag of results since the new league competition kicked off just a few weeks ago. Kenny Lowe’s men have won one, drawn one, and lost one of their three duels to date. On Sunday, they fought back from a goal down to beat Central Coast Mariners to win for the first time in four. Second half goals from Andy Keogh and Adam Taggart were enough to steer them to three points at the Nib Stadium. Remarkably, the latest A-League football betting odds at the bookies suggest that this could be a close run thing. Read below to see why we think it won’t be.

We are tipping the current Australian champions to pick up the win in our Sydney vs Perth Glory bets and you can get surprisingly lucrative odds for that to happen with Coral. Their odds are unmatched by their competitors. Graham Arnold’s players are in great shape heading into Friday’s clash, remaining unbeaten in the opening months of the new season.

The Sky Blues haven’t tasted defeat at home since last April – they are a winning machine at the Allianz Stadium. Furthermore, their recent record against Glory could hardly be better. The club from New South Wales have won all five of their last meetings with Friday’s opponents, scoring eighteen times in the process. They really have dished out some beatings to Kenny Lowe’s team which means we should expect another convincing win this week.

Brazilian striker Bobo is under the spotlight in the next of today’s Sydney vs Perth Glory predictions. The former Gremio attacker scored fifteen times last season during his team’s title charge and he has started the 2017/18 campaign in a similar vein. The thirty-two-year-old has had a prolific couple of weeks, knocking in five goals in his last three appearances.

Bobo certainly enjoys taking to the pitch against Perth – he has found the net on three of the last four occasions he has faced them. Kenny Lowe will have identified the Brazilian as a major threat to his defence on Friday, but that doesn’t mean he can stop him from scoring. Bobo has been electric of late and he has every chance of adding to his tally this week. You can find the most valuable odds for our latest Australian football forecast at Unibet. They come out on top when compared to their rivals.

To see odds on the next event visit Sydney FC vs Perth Glory odds page.