Sydney FC vs Central Coast Mariners Predictions: Mariners to Leave Sydney with Nothing 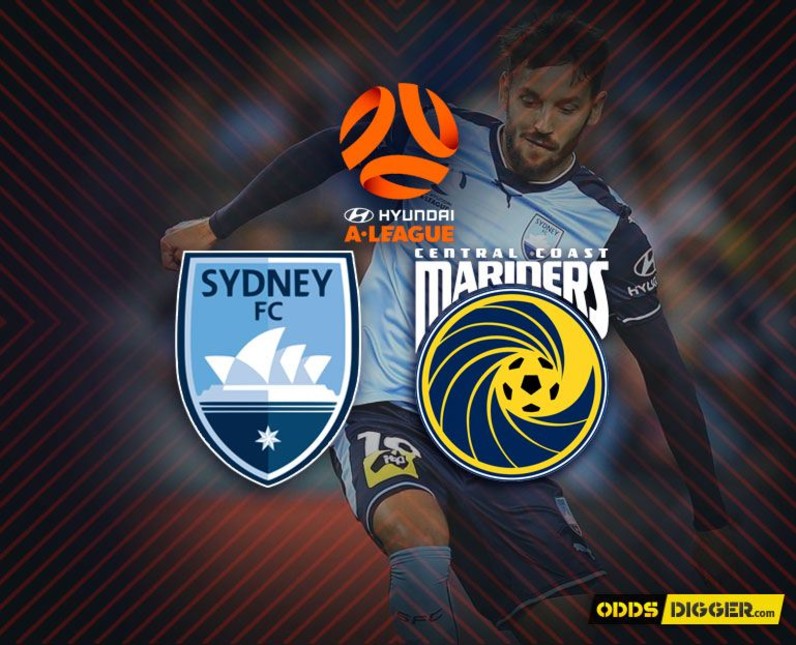 Today’s Sydney FC vs Central Coast Mariners preview takes a look at the A-League leaders as they prepare to welcome one of the division’s weaker teams to the Allianz Stadium for a contest they should have little problem in winning. The Sky Blues are looking to retain their title this season and have started their new campaign in ideal fashion.

Graham Arnold’s troops come into our Sydney FC vs Central Coast Mariners betting tips in terrific form. The table toppers are unbeaten in eleven fixtures and have lost just one of their sixteen A-League matches so far in 2017/18. Central to their plans continues to be Brazilian striker Bobo. The prolific thirty three year old has scored an amazing nine times in his last six appearances, a run that included back-to-back hat-tricks against Perth Glory and Wellington Phoenix.

Central Coast Mariners would have forecasted a difficult season this time around. The Yellow & Navy are without a victory in seven matches and they are the second worst team on the road statistically behind bottom club Wellington Phoenix. Head Coach Paul Okon has watched his team win just once away from home and even that win came against the league’s poorest outfit, Phoenix. The Mariners are the joint lowest scorers in the competitions so far with sixteen goals.

Sydney FC have been imperious at home this season, winning six and drawing two of their eight matches at the Allianz Arena this term. Interestingly, their last defeat on home soil came all the way back in April 2016 – that’s a run of twenty-nine competitive games without a loss, a stat that was well worth considering for our Sydney FC vs Central Coast Mariners bets.

The Sky Blues have only lost one of their last ten games against this weekend’s visitors and though the Yellow & Navy are the only club to have taken three points against Graham Arnold’s men this season, that results in the reverse fixture in November should actually make life harder for Paul Okon this time around.

The title favourites will be out for revenge this weekend and with the extra motivation of setting right their early season defeat, the Sky Blue’s players should be determined to secure the points. We found some wonderful A-League football betting odds to match our forecast at Betway, whose prices beat their competitors for value.

If you can find odd for Bobo to score anytime a little closer to kick-off, then that is something you should definitely consider, alternatively you can find brilliant odds at Unibet for the home team to be winning at half time and full time against their struggling opponents.

The Sky Blues have scored thirty-eight times in sixteen A-League contests ahead of today’s Sydney FC vs Central Coast Mariners predictions, making them the most dangerous attacking unit in the division. Similarly, their twenty-three goals scored in eight home games makes them the highest scoring team on their own patch.

It’s worth pointing out that in five of their last six league games at the Allianz Arena, Arnold’s fliers have been leading at halftime and at full time. That suggests that SFC are generally dominant right from the off when playing at home. This weekend, they face an adversary who should offer little resistance, so backing them to be leading at the forty-five and ninety-minute mark again is a great way to close our Australian football tips today. Unibet’s odds for that outcome are brilliantly priced and you won’t find better value anywhere else.