Melbourne Victory vs Brisbane Roar: Both Teams Desperate for a Win 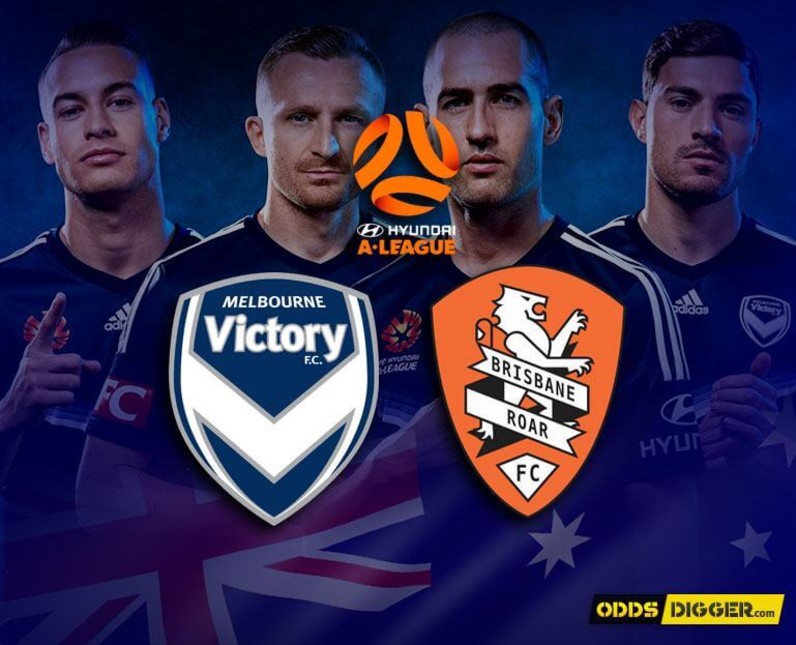 After 3 straight losses, the home team recorded 3 draws before this Melbourne Victory vs Brisbane Roar preview. They are just one point away from the last-placed team in the standings, and at the moment things are not bright at Etihad Stadium in Melbourne. Nevertheless, free soccer odds are pointing at them as the favourites in this clash.

Our partners: 777Spinslot is a well-known gaming platform that offers great no deposit money bonus offers and a wide range of games to its customers!

Meanwhile, Brisbane Roar is even worse, and they are trailing in the last place with Wellington, with only two points since the season in Australian A-League started.

OddsDigger is presenting two football betting tips, in the upcoming part of Melbourne Victory vs Brisbane Roar predictions, which might help you in your quest for some additional earnings.

The hosts have 4 games in a row in which both sides managed to net at least once. This is something which explains the current situation and form on this team. On the other hand, before the last match with Central Coast Mariners 0-0, Roar had three games with both sides to score and over 2.5 goals. The current situation in the standings is forcing these two teams to open and play without any calculations. Simply they need to win in order to start moving upwards from the danger zone. And a victory against the direct rival would be a jackpot. So offensive approach and scores on both sides is the first part of Melbourne Victory vs Brisbane Roar bets. StanJames.com can offer fantastic odds with this one.

The majority of the things mentioned in the previous of Melbourne Victory vs Brisbane Roar betting tips might also be said here. The guests had more games with 3 or more goals lately, but the circumstances surrounding this match will just force the teams to be offensive. If one side gains an advantage, the opposite will have to increase the pressure and open, which leaves space for many chances on both parts of the court. There will be no calculations in a position like that one since there would be nothing to lose. The most famous bookmaker in the world, William Hill, has excellent odds if you bet here on a high-scoring affair.

To see odds on the next event visit Melbourne Victory vs Brisbane Roar odds page.