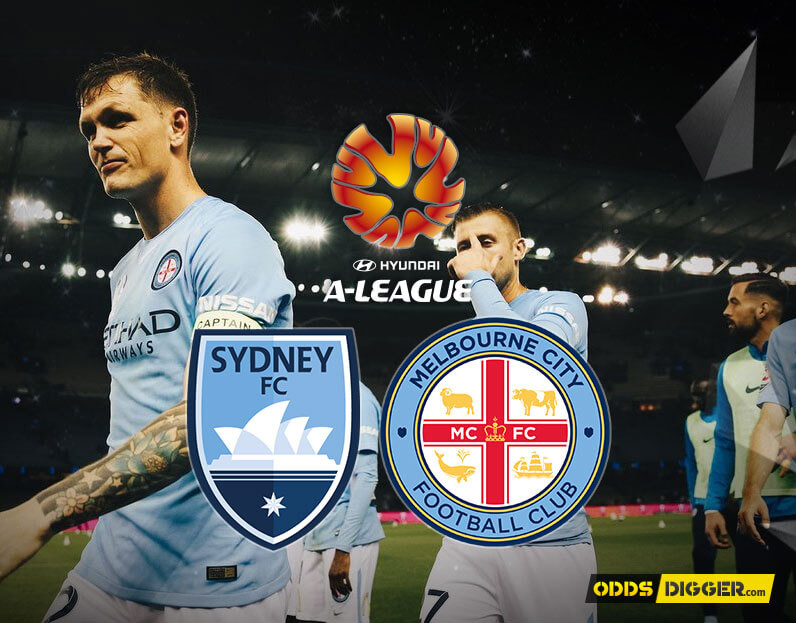 The derby of the Australian A-League will take place at AAMI Park. We are going to present it in our Melbourne City vs Sydney FC preview. The hosts are holding the first place, with all four wins in 4 games. All the lines of the team have been filled with arrivals from Europe, and it appears that the team is significantly better than in the past season. So far, they left the biggest impression.

Our partners: 777Spinslot awards its users a slots welcome bonus no deposit, bonuses for loyal customers, VIP-benefits and regular promotions with great rewards.

Sydney is in pursuit for the hosts and they have one draw along with three triumphs, which puts them right behind leaders. There are many free football tips for this match we will present several of them. So let's start with Melbourne vs Sydney betting tips and earn some money.

The hosts are in an incredibly fantastic shape before these Melbourne City vs Sydney FC predictions. They have allowed only one goal so far, and without a doubt, they have the best defence in the whole league. Also, they brought Ross McCormack on loan from Aston Villa and the 31-year-old increased the overall quality of play of this team. Until now, the Scottish native scored 3 goals and created many chances for his teammates. He can't be guarded by the opponent's defence. The best Australian A-League odds could be found at Bwin. We would suggest you, to take a look there, and see it for yourself.

Although Sydney FC is second placed, we noticed some troubles in the defensive part of the team. They have allowed 4 goals so far and even in the cup game against Melbourne Victory 5-1. Yes, they did defeat their opponents from these Melbourne City vs Sydney bets, one month ago, 2-0, but things are much different at the moment. Several of the players came and strengthened the hosts, especially up front. Also, Tim Cahill is in excellent state, so there is no way that Melbourne city is going to miss this chance to get even. Two goals of the hosts are best valued at Coral, and these odds are the highest right here.

To see odds on the next event visit Melbourne City FC vs Sydney FC odds page.