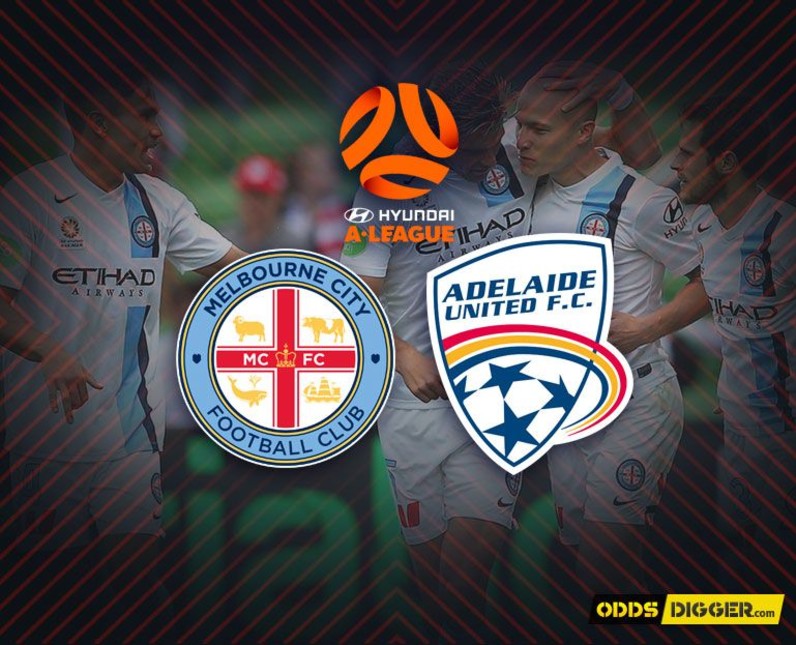 We analyse a crucial A-League fixture in our Melbourne City FC vs Adelaide United preview today between a pair of clubs separated by just three places and four points in the current standings. MCFC were hoping to make strides closer to the top of the table this season, but they already find themselves an insurmountable thirteen points behind leaders Sydney.

Having lost three games on the spin between mid-December and early January, City recovered to win two and draw one of their most recent three fixtures, a run which has enhanced their chances of coming out on the right side of our Melbourne City FC vs Adelaide United betting tips. Managed by former Man Utd reserve team boss Warren Joyce, Melbourne City FC have had serious problems scoring goals at the AAMI Park, where they have averaged just one goal per game so far this season.

Adelaide United finished second from bottom in 2016/17 and already it’s clear they have made a steady improvement from last season. The Reds have lost only one of their last five contests, taking maximum points against Central Coast Mariners and Perth Glory, drawing with Western Sydney and Sydney and losing to Brisbane Roar. A win this weekend would take the Reds into the fourth position.

The contest scrutinised for this week’s Melbourne City FC vs Adelaide United bets is a really tricky one to call. The away team may have drawn their last two league matches, but last time out they took a point against table-topping Sydney who have won twelve of their sixteen matches to date. That tells us that the Reds cannot be underestimated.

The home outfit haven’t lost in three themselves, however, and they seem to be recovering somewhat from a difficult November and December where they won just two of their eight matches. Warren Joyce can call upon his team’s great record in this fixture to inspire his troops and that could make the difference this weekend.

MCFC have beaten the Reds in three of their last four meetings with them. They took the points at the Coopers Stadium in their last encounter last October, eventually running out 2-0 winners. A healthy head-to-head record can give a performance some extra kick and we are forecasting a home win this weekend. Today’s A-League football betting odds are provided by StanJames.com whose great odds offer better value than their competitors.

The teams involved in today’s Melbourne City FC vs Adelaide United predictions are among the lowest scorers in the A-League this season. MCFC are particularly toothless when they play at the AAMI Park. In their eight league fixtures there so far in 2017/18, they have only managed to score eight times, averaging just one goal per ninety minutes.

The Reds have only scored nineteen times in total in their sixteen A-League contests this term, though they have scored twelve of those goals on the road. In defensive areas, they have been quite diligent on their travels, conceding just eight times in the same amount of games.

Both of these clubs most recent couple of meetings were low on action – their encounters last October and April finished with under 2.5 goals scored in each. Similarly, the Reds last two fixtures against the teams from both sides of Sydney, each finished with under 2.5 goals registered. Tipping there to be under the same number of goals this weekend is a no-brainer inclusion for today’s free Australian football betting guide. We identified some brilliant odds for that outcome at Winner. Their prices guaranteed you the biggest possible payout.

To see odds on the next event visit Melbourne City FC vs Adelaide United odds page.