France Is The 2017 Davis Cup Final Winner After Beating Belgium 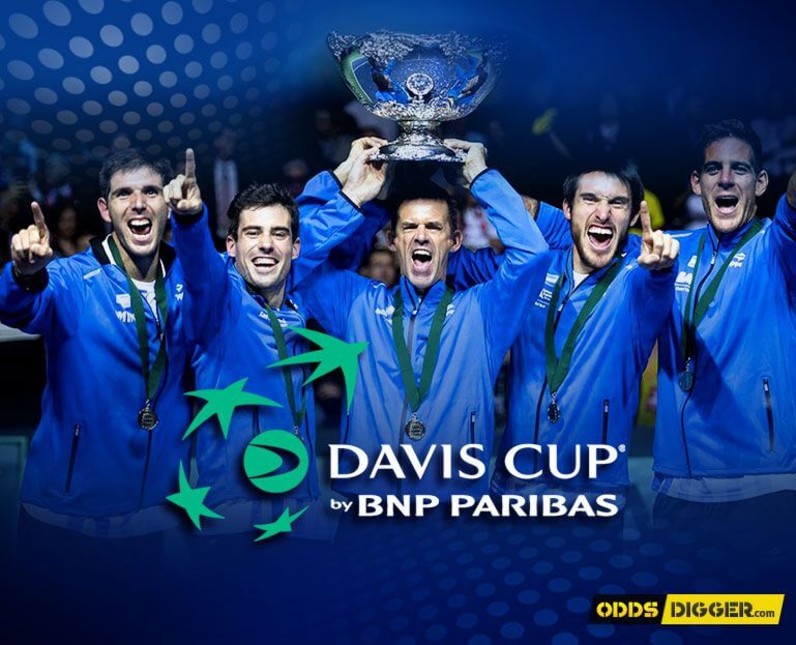 Our partners: 777Spinslot is a reliable gaming platform that constantly upgrades its assortment of games to get better results and to provide players the newest online slot no deposit to work with.

France have managed to win their 10th Davis Cup final as their tennis player Lucas Pouille beat Steve Darcis 6-3, 6-1, 6-0 in a stunning match in Lille last Sunday. Pouille was not even threatened in the decisive match after Goffin had offered Belgium their points with great results in the singles. Before continuing your read, make sure you check out our tennis betting advice as it can help you in the future!

France boasted incredible strength overall, winning a singles match with the help of Jo-Wilfried Tsonga on Friday and through Pierre-Hugues Herbert and Richard Gasquet on Saturday in a doubles confrontation. This was France's first won final since they beat the Australians back in 2001. France have also reached the finals in 2002, 2010, and then in 2014, but they did not succeed in lifting the trophy.

Goffin had provided Belgium a 1-0 lead by defeating Pouille in an opening singles confrontation before Jo-Wilfried Tsonga levelled the score by winning over Darcis on November 24th. France managed to take the lead thanks to Herbert and Gasquet, who defeated Joris De Loore and Ruben Bemelmans in 4 sets. Goffin again did a great job on Sunday, making the score 2-2 against Tsonga, but the final match levelled everything, with France becoming the Davis Cup winning team.

Pouille is the 2017 Davis Cup Champion

France owe Pouille everything, as he obtained the 3-0 lead in the 1st set against Belgium's Darcis, who didn't stand a chance on the indoor hart court. The world No 18, who was born very close to Lille, held serve to grab the 1st set and then raced to claim 12 games in a row, closing out on the 1st match point when Darcis sent a short very long. Poiulle become the Davis Cup final winner. This is a stunning victory for France, one which they were waiting for since 2001. Next year, England is expected to be their biggest rival as they're also eyeing the title!

Make sure you place your bets at OddsDigger. If you love tennis, remember to get the best tennis live odds and find the best prices available out there from the best bookmakers. Our odds comparison tool will help you stay ahead of the game and even beat the bookies!

Most Popular Events
27.11.2017, by Kevin McNamara
Other tennis news