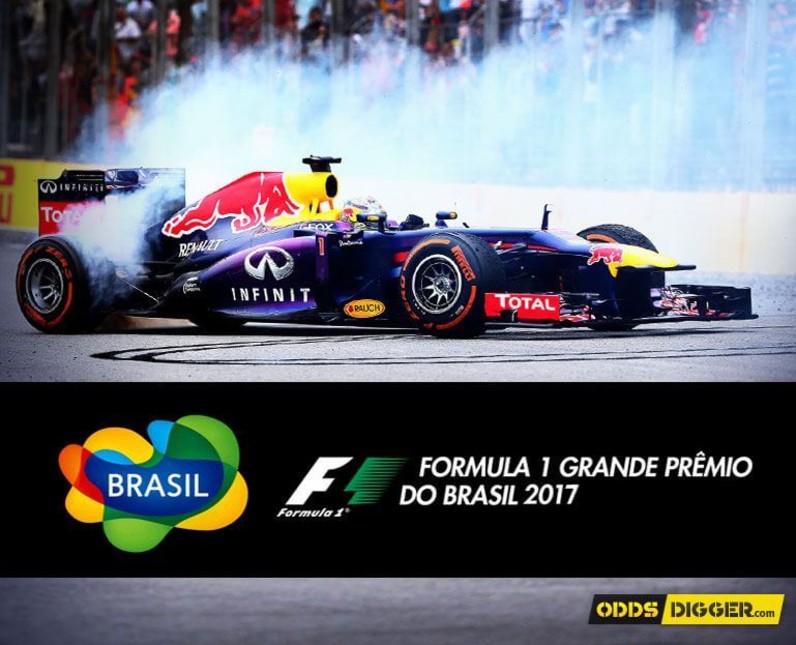 Our partners: 777Spinslot is a reliable gaming platform that constantly upgrades its assortment of games to get better results and to provide users the best online slot no deposit to work with.

Sebastian Vettel managed to take the chequered flag at the Brazilian Grand Prix to mark his first success since July. The race also witnessed Lewis Hamilton managing to wrestle his way from the back of the grid to get a fourth place finish. There was less pressure on Hamilton after having recently picked up his fourth world championship title at Mexico. He displayed excellent skills after managing to navigate his way through the back of the grid in the early laps of the race. Hamilton ended up in this position after suffering a crash in the qualification session, but Vettel became the Brazilian Grand Prix winner after two months of agonizing low performances.

The race was won quite comfortably by Vettel, as the German reflected on the disappointing September and October which effectively cost his title chances. Ferrari went through a terrible run of form during this period and it effectively lead to a win for Hamilton, as we predicted in our F1 tips.

The Brit was trying to stay out as long as possible before his first pit stop. Unsurprisingly, he came to his first stop only in lap 43, trying to catch up with the Brazilian GP finalists. This strategy proved to be the right decision with Hamilton coming out in the fifth place as he returned to the race. Even though Hamilton did chase a top three finish just after his stop, he was unable to make much of an impact even with his fresh super-soft tyres. The rest of the field had moved to soft tyres after the previous pit stop.

Even though Hamilton produced a brilliant race, it was not his best ever come back from the back. He managed to pick up more than 18 places in Hungary 2014, but his Brazilian achievement ranks as amongst the best with the Brit managing to recover 16 positions, beating all F1 betting odds.

There is also witnessed Felipe Massa on an F1 track for the last time, as the Brazilian bid adieu to the sport. Another end to a F1 story is the partnership between McLaren and Honda, who have suffered throughout the campaign – primarily with regard to engine failures.

The Rest of the Podium

The rest of the podium positions in the Brazilian Grand Prix 2017 were completed by Valtteri Bottas and Kimi Raikkonen. The result is a major advantage for Ferrari, who will be looking for a similarly strong finish in the season concluded at Abu Dhabi on November 26. Ferrari have a 137 point lead going into this final race of the campaign. Vettel has a 22 point advantage over Valtteri Bottas, as he looks to conclude a disappointing 2017 season with his sixth victory.

In that amazing canon of catapulting drivers, Hamilton produced one of F1's finest performances yesterday, starting in the pit lane under Brazilian skies and finishing just five seconds adrift of champion Sebastian Vettel. It was an unbelievable race, one that proved there is still emotion to be felt which watching such an event.

Most Popular Events
13.11.2017, by Kevin McNamara
Other motorsports news