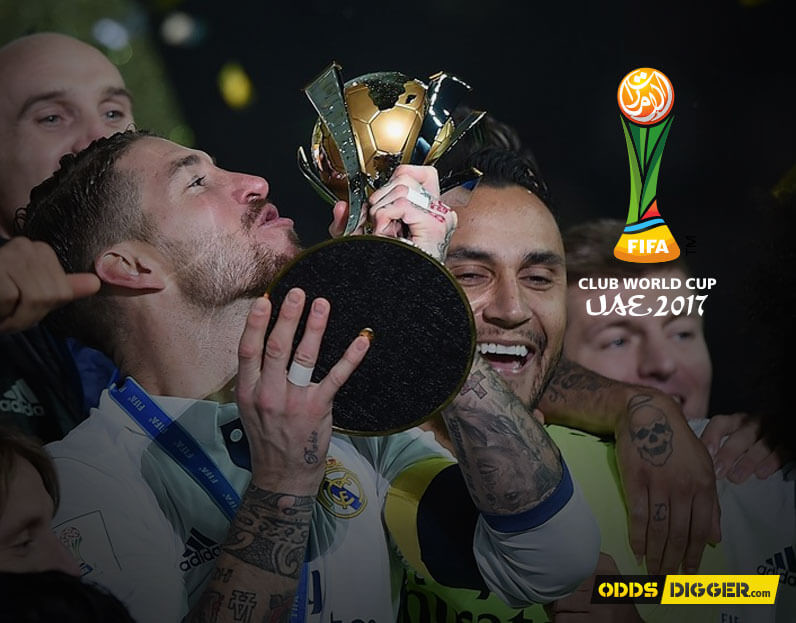 Our partners: 777Spinslot is a reliable gaming platform that constantly upgrades its assortment of games to get better results and to provide players the best no deposit slots online to play with.

As the curtain fell down on this year’s edition of the FIFA Club World Cup, Real Madrid managed to become the first club to retain their second consecutive title in the competition’s history. Cristiano Ronaldo’s free-kick was enough for the Spanish side to see off their brave opponents Gremio. This was the first edition to be held in the United Arab Emirates, who is going to host the next year’s tournament as well. Last year, the European champion won the title by beating Kashima Antlers 4-2 after extra time. This one is their third world champion title which sees them equal to Barcelona’s record.

Six champions from each confederation, along with the United Arab Emirates’ title holder took participation in FIFA Club World Cup 2017. Al Jazira and Auckland City opened the tournament and home side found their way through to the quarter-finals. Then, another narrow win against Urawa Red Diamonds was enough for them to book the semi-finals clash against Real Madrid. In the other quarter-final game, Mexican side Pachuca kicked out Moroccan Wydad Casablanca after extra time. Mexicans failed to get their ticket for the FIFA Club World Cup finals after going to another extra-time match where they were defeated by Gremio. On the other hand, Al Jazira was so close to the sensational win after a 1-0 half-time lead against current title holders. However, Gareth Bale and Cristiano Ronaldo prevented the biggest surprise in the competition’s history and pushed Real Madrid through the title-deciding match.

Real Madrid entered the game as favorites, but Gremio managed to resist until the end of the first half. It didn’t take them long into the second half when Cristiano Ronaldo hit a 25-yard free-kick which eventually brought them a victory. Sergio Ramos thus lifted his 18th trophy in Real Madrid’s jersey. “You never tire of winning,” said Ramos, in conversation with FIFA.com in the corridors of the Zayed Sports City Stadium. “It’s been a historic year, an amazing year, and it’s taken a lot of hard work.” Spanish side became the first team to become a back-to-back FIFA Club World Cup winner.

OddsDigger Got It All Covered

For making your wagering experience more comfortable, our team of dedicated tipsters was covering all featured events with the most reliable betting advice. By visiting our FIFA Club World Cup 2017 prediction page, you could find fresh match previews and the latest news related to this competition. Besides that, you could find betting odds from all available markets. Our FIFA Club World Cup odds page presents you with the most advanced odds comparison tool, which you can use for free! You can even place a wager straight from our site at one of our participating bookmakers. This service is 100% free for all our users!

Huddersfield won against Reading in the finals of the playoffs
Football 31 May 2017
More football news...