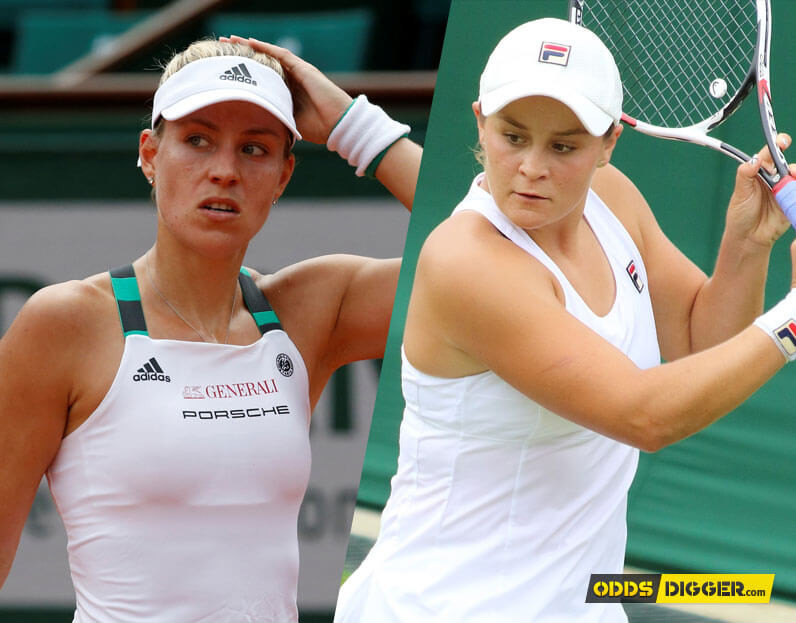 Thursday's tennis predictions are starting with WTA Elite trophy tournament tips. The best possible information for you will be presented in our Kerber vs Barty preview. The German tennis player was defeated in the opening match here against Anastasia Pavlyuchenkova 6-3 3-6 6-2. Ashleigh Barty.

Our partners: 777Spinslot awards its users a slots sign up bonus no deposit, bonuses for loyal customers, VIP-benefits and regular promotions with great prizes.

The two-time Grand Slam champion is far away from her best performances. It seems that the hard surface is not her favorite this year. Since the American tour started her record is 5-8. The only shining moment was the semi-finals in Tokyo, but that was just one spark.

The Australian produced much better performances. She reached the finals of Wuhan, but along with the elimination in the first round of Beijing that was the only tournament after the US Open for her until now. She merely demolished Anastasia Pavlyuchenkova having 9 aces, and excellent break point conversion 4 of 6 in the first leg here.

There is no doubt that the Australian player is much closer to win here. The ultimate proof is the respective games with Pavlyuchenkova in which we have seen entirely opposite outcome. Kerber was struggling, and eventually, she lost while on the other hand, the world number 20 quickly finished her contests. Also when looking the recent tournaments, Barty is more confident, and she had defeated several good players. William Hill has perfect tennis winner odds, and it appears that this might be the ideal spot for your Kerber vs Barty bets.

The majority of triumphs which the 21-year-old produced was with several games margin. On the other side of the net, we have the rival who lost 4 straight games to these Kerber vs Barty betting tips with 4 or more games difference. Additionally, the Australian is not going to calculate anything because she wants to secure the first place quickly. This is the direct encounter in which Kerber has some theoretical chances of reaching the top spot. It is one additional motive for Barty to be focused 100% and to play with full power. Kerber vs Barty WTA Elite Trophy tennis tips are best valued at 888sport.