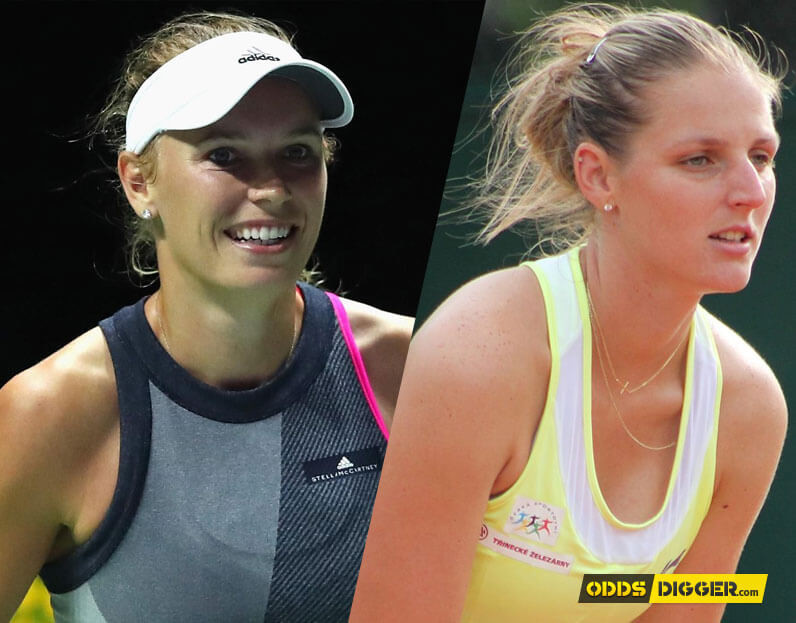 The second semifinal of the tournament in Singapore will be presented in our Pliskova vs Wozniacki preview. The world No. 4 was pretty dominant in the first two rounds, but eventually, she lost in the last match against Jelena Ostapenko 3-6, 1-6. Wozniacki also failed, against Caroline Garcia 6-0, 3-6, 5-7. In the next few paragraphs, you will be able to find the best women's tennis betting odds and WTA Masters finals tennis bets.

Our partners: 777Spinslot awards its users a slots no deposit free bonus, promotions for existing members, VIP-benefits and regular promotions with astonishing prizes.

After stunning first two victories in which she demolished her opponents, the Czech Republic tennis player was defeated by Ostapenko. But even before that battle, she already secured the top spot in the white group. All of her matches ended under 16.5 games, and the dominant factor in her performances was a fantastic break point conversion as she had 10 in first two encounters.

We have to be totally straight with you. In our opinion, Wozniacki lost the match against Caroline Garcia to avoid Venus Williams. When she smashed Garcia in the first set she just slowed down losing the next two. She has a negative H2H record against the American, without a single win and 7 losses. In the first two rounds Wozniacki allowed only four games to her opponents, and by far, the former number one displayed the most impressive play in Singapore.

As we already said these two players were compelling in their groups, averaging short matches with a low number of games. If they manage to impose their tempo, the rival is immediately crushed. That is going to happen in this encounter. Whichever player strikes first, will win pretty swiftly. It is why we strongly suggest taking this one of Pliskova vs Wozniacki tips. 10Bet have a standout offer which needs to be made, due to its high profits.

Although it is a bit risky to bet on the outcome of the matches like this one, when looking the overall performance, the player from Denmark is looking more convincing. Also, Pliskova has a negative record against her opponent, 3-5. From all seen in her game, she is a slight favourite in Pliskova vs Wozniacki predictions. In this case, Betfair will be our choice in this situation since they have good odds for this event.