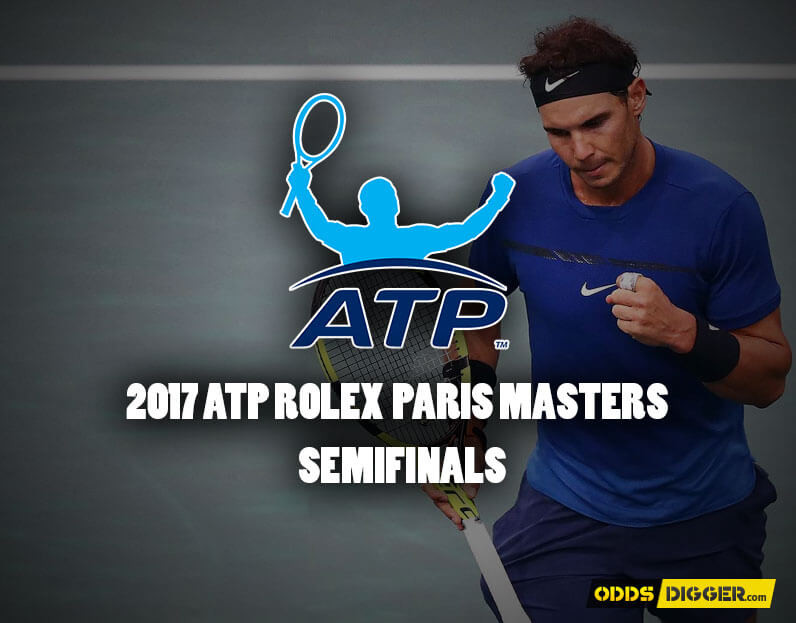 Our partners: 777Spinslot is a well-known gaming platform that offers great online casino no deposit bonus offers and a sizeable range of games to its players!

For the first time in his career, the Serbian player entered the semifinals of a major tournament. He advanced into this round after Rafael Nadal surrendered his match. The second participant of Krajinovic vs Isner preview, was better than the fabulous Juan Martin Del Potro 6-4 6-7 6-4. We are sure that no one could have predicted this pair of players  in the top 4 of the Rolex Paris Masters. Tennis betting odds on this were probably measured with thousands.

We are absolutely sure that even he himself didn’t expect to come this far. Krajinovic’s result,  although Nadal didn’t play, has to be respected. Inch by inch, he built his form, winning smaller tournaments and this situation is a proper reward. After all, even when you count to 19  it takes time, yet alone to win in that much events, and lose only one. His triumphs against Mahut, Querrey, Rublev, and others are telling us that this guy knows to play solid.

The No.14 in the ATP rankings is looking for that one small piece of consistency which could push him to the top. He has a solid game, one of the best serves in the Tour, but simply he can’t provide a continuous play. Now after two big wins over Dimitrov and Del Potro, Isner has a chance to grab the finals in Bercy. He spent a lot of time at court, but that is not going to affect his game. The only thing that matters is to have above 75% of the first serve, because in those situations, he often wins.

Filip Krajinovic vs John Isner
13/25
Krajinovic to Win With a Handicap +3.5 Games

Isner plays the majority of his matches pretty tightly. We have one tiebreak usually, and in the end we see a lesser difference than proposed. To be exact, 8 previous events in which he participated were decided in that way.After all the 25-year old Serb is in a terrific form, and his present condition shouldn’t be neglected. The opening part of Krajinovic vs Isner betting tips is this one. 888 Sports has a perfect value for monetizing this free tennis tip, and that is the reason why you need to visit their site and place the bets there.

When Isner appears on the court at least one tiebreak is sure. If you take a look at his recent results, the American has 8 events in a row, where he played at least one set with 13 games. His dominant serve is breaking all the barriers, but his game after the opening shot of the opponent is not quite good. 10Bet has solid odds on backing this Krajinovic vs Isner prediction, and this bookie is the best for this particular suggestion. It is something which is highly realistic and it needs to be tried.