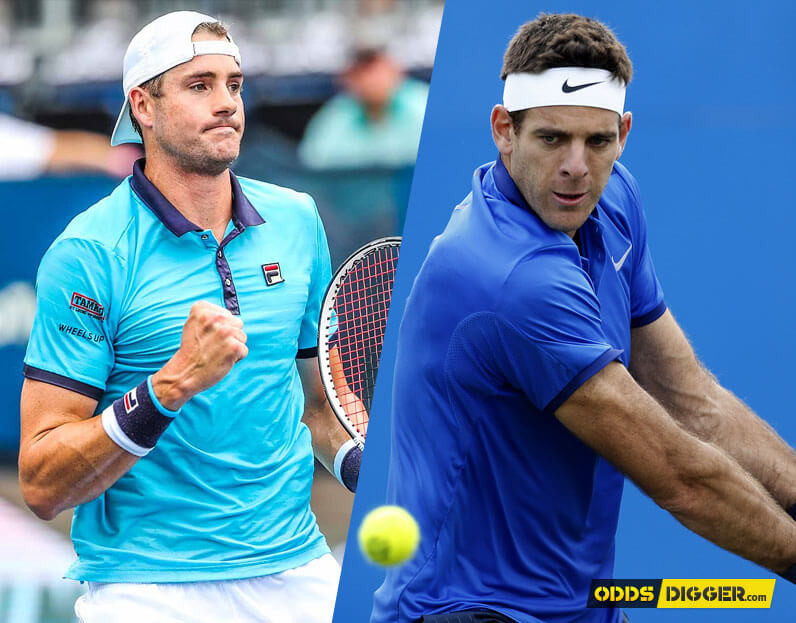 The Argentinian champion is very confident recently. Before our Del Potro vs Isner preview, he defended his crown in Stockholm and reached the finals of Basel. In the round of 16, Delpo eliminated Robin Haase 7-5 6-4.His rival was better than Grigor Dimitrov 7-6 5-7 7-6. We have one very interesting tennis prediction for today, and it will be presented in the next part of this BNP Paribas Masters prediction.

Our partners: 777Spinslot is a well-known gaming platform that offers great win real money online no deposit rewards and a big range of games to its users!

The former US Open champion didn't play extremely well against Haase, but in the most critical moments, he was calm and concentrated. The biggest problem for him in this event was the first serve. Only 56% are too low, and when we add that points won in that aspect just reached 68%, you can see why he wasn't more convincing. On the other hand, his break point conversion was perfect 3/3.

One of the best servers in today's tennis plays very long contests in the recent times. It is almost certain that he has a tiebreak in his events. In the round of 16 of the Paris Masters, Isner eliminated Grigor Dimitrov after 38 games played. In that clash, the dominant American recorded 25 aces, with 79 percent of the first serve. What is the bad side, are his break chances allowed, which he had 12.

After all the previous games of these two guys, these BNP Paribas tennis odds are coming as a pure gift to us. The American had 8 straight games prior to Del Potro vs Isner betting tips in which he jumped over this limit. Also, if you examine the past head to head clashes, the situation is similar. Last 5 in a row were over that margin, and this suggests that we need to grab such an opportunity. Betway is the best place, and they have nice odds for this particular game.

This is one very courageous suggestion in Del Potro vs Isner predictions. Form many punters even one would be enough, but two is a lot. Not after our expertise. Isner had 7 straight matches with a tiebreak. 4 of them saw 2 tiebreaks. Last head to head meeting saw the 7-5 result in both sets, and before that, we had one pair with two tiebreaks. So it is not something very odd when these giants meet. 888Sports have superb BNP Paribas Masters odds which are guaranteeing substantial profits from this deal.