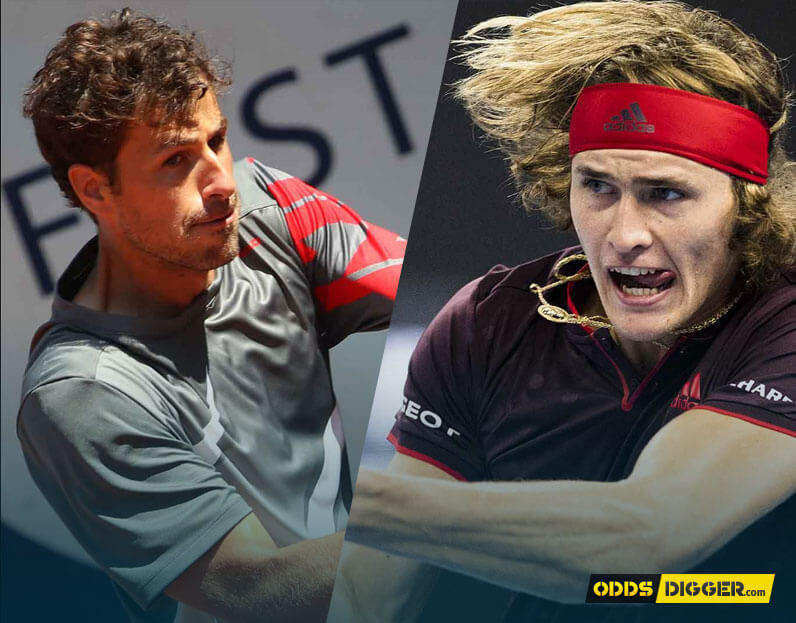 Ahead of our Alexander Zverev vs Robin Haase BNP Masters predictions, the young German is in much better shape. He automatically reached the round of 32, without any opponent and this will be his first match at Bercy. While on the other hand, his rival smashed Steve Johnson 6-2, 6-1. It is time to start the Rolex Paris Masters Predictions and find some excellent free tennis tips.

Our partners: 777Spinslot awards its users a slots with free signup bonus no deposit, bonuses for loyal customers, VIP-benefits and regular battles of spins with astonishing prize pools.

The 20-year-old German is probably the biggest prospect to succeed the big 4 in tennis. He already has two Masters titles, at Italian Open and Canadian Open and for sure he will be aiming excellent result here in France. The most recent match was the quarterfinals of the ATP Vienna where he lost to Jo-Wilfried Tsonga 0-2.

To be honest, we did not expect for the veteran to smash Steve Johnson as he did. His first serve was excellent, 82%, but what especially impressed as was the way he handles his breakpoint chances. On seven occasions Haase was successful in five of them. Also, he achieved to decrease the percentage of first serve points of his opponent to only 43%.

The most prominent tennis hope at this moment is in much better shape than his opponent. Although Haase has more experience, he cannot handle the explosiveness and the quality of strikes, of the world number 4. They already met once this season at Australian Open, and after a long hard fight, the German youngster won. Best ATP finals odds are not especially high for this one of Zverev vs Haase betting tips, but at least they are certain. Betfair will offer you the top when comparing to all other bookmakers.

Alexander Zverev vs Robin Haase
10/13
Zverev to Win With a Handicap -1.5

The recent form is suggesting for us to consider this option since it is highly realistic. Robin Haase has only two wins since his loss in the semifinals of Canadian Masters. After that, he had 6 defeats and just one win, until the game with Johnson. During that time, Zverev has been displaying very good plays, and he was constant in his appearances on Tour. The closing part of ATP 1000 beting tips will also propose 10Bet odds since they have the best value.