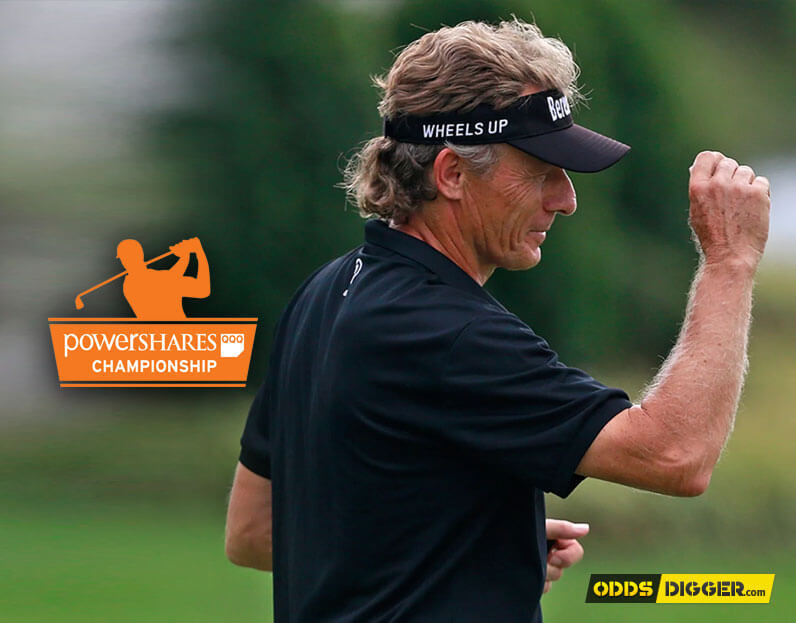 Powershares QQQ Championship is the penultimate event in the Charles Schwab Cup Playoffs, taking place at the Sherwood Country Club in California. Bernhard Langer is well ahead of second-placed Scott McCarron in the playoff standings, and it will take a big collapse from him not to win the title. We preview those who will be up at the top of the leaderboard, and those to look out for in the golf betting previews. Golf markets to get involved in vary from the outright winner, top 5 or top 10 finishes, with many more in between and bookmakers are offering many odds on golf this week.

Who else can we predict for the win other than Bernhard Langer? The German has been playing some incredible golf over the last few seasons on the Champions Tour, and consistently as well. He won last time out at the Dominion Energy Charity Classic, making it two wins in his last three starts after a triumph at the Pure Insurance Championship. This form makes him one of the standouts in the Powershares QQQ Championship outright winner tips. Another performance like last time out, when an eagle on the 72nd hole gave him a one-shot victory to take the title, will surely mean he stands out amongst the Powershares QQQ Championship tips.

Kenny Perry has achieved top ten finishes in each of his last three events and sits in the handsome position of tied for third on the Charles Schwab Cup Playoff rankings. Tied for third last time out at the Dominion Energy Charity Classic, only an opening round of 72 prevented him from taking the title, as rounds of 67 and 65 at the weekend showed he is in fine form as the season comes to a close, and makes him a tip in the Powershares QQQ Championship Preview. A major winner already this year, at the US Senior Open Championship, Perry has what it takes to be successful when it comes to the crunch. He should definitely be up there with the rest of the contenders, and consistent ball striking from the American should see him claim a top-five spot. Ladbrokes have some of the best odds on Powershares QQQ Championship so Perry should be backed to finish in the top five as one of the golf tips.

Vijay Singh has been in terrific form in his last two USPGA Champions Tour events. He finished in a tie for second at the SAS Championship, and a tied third at the Dominion Energy Charity Classic last week. He should be able to carry that fine form into this week, in what is an important week for all the golfers in the top echelons of the leaderboard. He sits in tenth in the playoff standings, and like the rest of his competitors will want to be in a top five spot heading into the season finale at the Charles Schwab Cup Championship next week. This will mean a win at that event secures him the playoff title. He’ll want to make sure he gets off to a flying start to help achieve that goal, which makes one of the strong Powershares QQQ Championship betting tips.