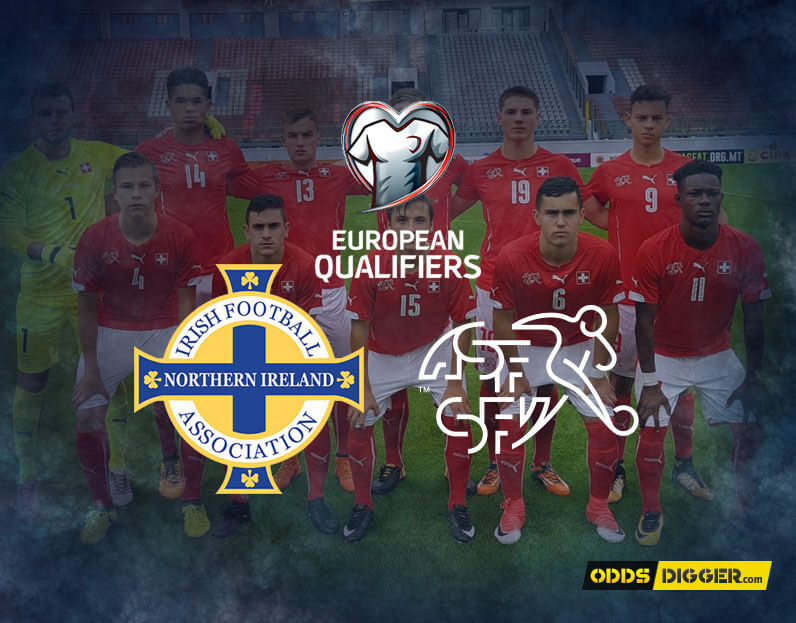 Northern Ireland have been excellent at home, ahead of our Northern Ireland vs Switzerland preview and soccer odds, with Michael O’Neill’s side a match for anyone during qualification.

Only Germany managed to beat them of late during the group stages of World Cup qualification, meaning that Switzerland have a tough test on their hands to replicate such a result. Otherwise, the hosts took three points in the rest of their home matches.

Our Northern Ireland vs Switzerland predictions are based on this home strength, which makes it tempting to back the supposed underdogs from within our UEFA World Cup Qualification Play-Off tips.

Switzerland have been good on the road during their own qualifying campaign, but they did drop points on their travels to face Portugal in October. Aside from that, their group did not toss them many tough fixtures.

Switzerland have been battling their way towards the World Cup in a fairly easy group thus far, with a trip to Windsor Park sure to be a little bit of a different test. The hosts are very organised defensively and will battle incredibly hard. What they lack in quality, they make up for in effort.

Betfair offers the best value on a draw, as Northern Ireland should easily be able to avoid taking a defeat into the second leg of this play-off tie. Only Germany managed to take three points from them at home during the group stages of qualification, with O’Neill’s men otherwise taking maximum points with comfort.

The hosts are very stable defensively and that should pose Switzerland with problems in terms of being able to break their resolute unit down. Recently, the visitors fired a blank on the road against Portugal, with the Selecao’ defensive issues being well-documented in recent months. Northern Ireland have no such reputation.

Our Northern Ireland vs Switzerland bets back the home side to keep things tight, as they have managed to keep four clean sheets in their last five qualifying matches at Windsor Park. Save for when Germany paid them a visit, the home nation managed to avoid conceding any goals on their own patch for the rest of the group stage, highlighting how organised and resilient they have become in recent years.

The away side have had a good away record in World Cup qualification, but the likes of Latvia, Faroe Islands and Andorra are not known for being able to put up too much in the way of a fight either home or away. A visit to Britain will definitely be a shock to the system for a side that have got used to having things their own way. Ladbrokes offer the best value on just one team finding the back of the net this week.

Our Northern Ireland vs Switzerland betting tips suggest that life will be made very tough for the visitors, who will need to dig deep in order to threaten O’Neill’s unit. Ahead of an approaching second leg, Northern Ireland can’t afford to lose this match, and their motivations should show.

To see odds on the next event visit Northern Ireland vs Switzerland odds page.