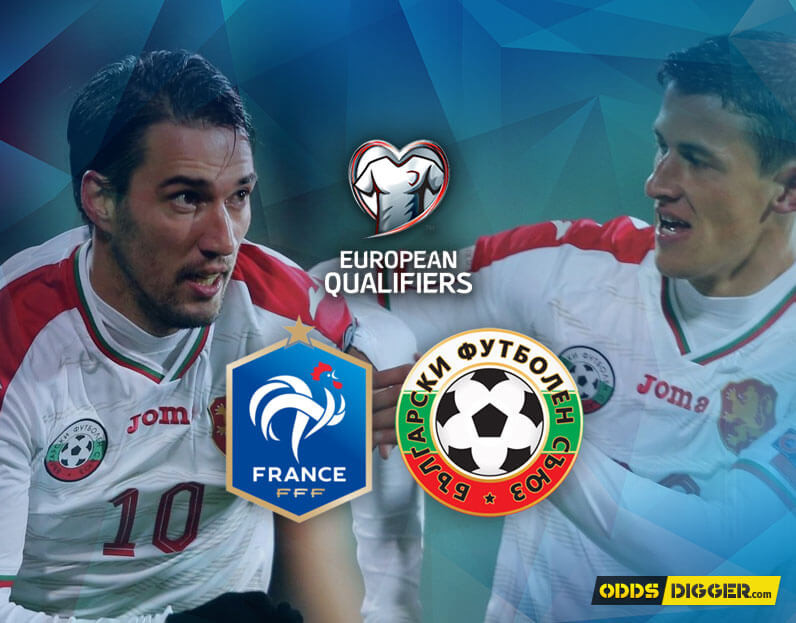 Our partners: 777Spinslot is a well-known gaming platform that provides great no deposit bonus uk and a large variety of games to its players!

Ahead of our Bulgaria vs France preview and soccer predictions, it is worth noting that Bulgaria have won all four qualifiers at home, scoring at least twice on three occasions, but they have lost all four away from Sofia.

Our Bulgaria vs France predictions focus on the fact that France have not been exemplary travellers, having opened their campaign with a draw in Belarus before winning in the Netherlands and in Luxembourg. While they suffered their sole defeat in Sweden, given the hosts’ tremendous record against France at home over the years, Bulgaria may be a value pick to upset the visitors, as the World Cup Qual. Group A odds suggest.

The Lions have failed to qualify for any major tournament since 2004 and to have any chance of making it to Russia next year, they effectively have to win their last two games, against France and Luxembourg next week.

Our Bulgaria vs France betting tips reflect the fact that Bulgaria have proved something of a quandary for France over the years. Les Bleus have a great record when facing Bulgaria at home, winning seven of the last eight meetings, including a 4-1 victory last October. Yet when heading to Sofia, it is a different story. Since 1961, Bulgaria have won six of the last seven meetings on home turf and drawn another one, with France failing to score in five of those eight meetings.

Furthermore, Bulgaria’s home form in qualifying is perfect, with four wins and 10 goals, conceding just five. While France have conceded just five goals in qualifying, history tells us that they are by no means the certainties their current odds suggest in this World Cup Qual. Group A clash.

Bulgaria pose an attacking threat and have only once failed to score in the Group stages in Sweden, a result they reversed with a 3-2 win in Sofia in August. France may be worthy favourites but their odds are simply too restrictive for a side that have history against them and 10Bet offer a fair price for Bulgaria to win or draw.

Petar Hubchev’s Bulgaria side is full of attacking influences. Attacking midfielder Georgi Kostadinov, who plays for Maccabi Haifa in the Israeli Premier League, has scored in each of his last three international starts, and while influential skipper Ivelin Popov will be missing through suspension, the diminutive Spas Delev continues to make his mark in the national team and scored both goals in the 2-0 win over the Netherlands.

The surprising omission of Anthony Martial form the France squad in favour of Dimitri Payet is a head-scratching one. Payet is a dead-ball specialist, but Martial is a pacier threat and he has scored five goals and had four assists in four games for Manchester United this term. France are without injured Paul Pogba and oddly, Didier Deschamps found no place for Olympique Lyonnais’ Nabil Fekir in the squad. Aside from Antoine Griezmann, Les Bleus look a little light on pace up front and they have hardly been prolific away from home, scoring more than one goal on the road on just one occasion in a 3-1 drubbing of minnows Luxembourg.

France simply need to avoid defeat and given their defensive prowess, goals should be at a premium. The Bulgaria vs France bets suggest that Betfred are offering decent value at odds against for there to be less than three goals in total.

To see odds on the next event visit Bulgaria vs France odds page.