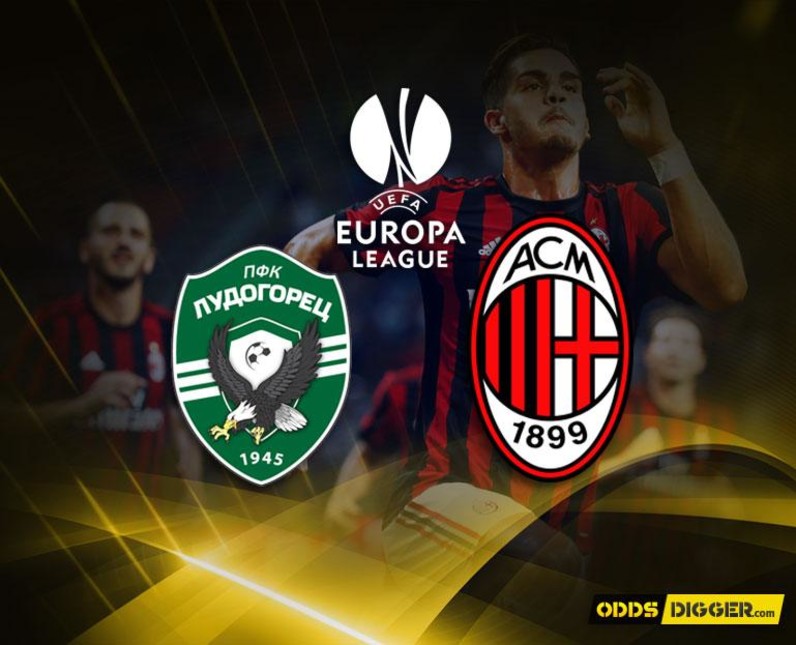 This week’s free PFC Ludogorets Razgrad vs AC Milan preview breaks down one of the UEFA Europa League Last 16’s most captivating contests, between the Bulgarian champions and one of Italian football’s most famous names. The first legs of double header knockout ties are always tense affairs and next week’s clash in North Eastern Bulgaria should follow suit.

Our partners: 777Spinslot casino site offers access to the most attractive special offers in the business, from sign-up offers to bonuses, slots free spins no deposit and free bets.

PFC Ludogorets Razgrad found Group C tough going at times, but they managed to pull together enough points to scrape through in second place. Dimitar Dimitrov’s men won just two matches in their section, though a trio of draws helped to just push them over the line into the next round of the competition. The home team averaged just over a goal per game in those contests, which is a stat worth remembering for our PFC Ludogorets Razgrad vs AC Milan betting tips later.

AC Milan were largely comfortable throughout their own group campaign, though the manner in which they finished the section will concern Gino Gattuso. The Rossoneri won their first two games against Austria Wien and Rijeka, but won just one of their next four and failed to score in three of those. Success in this competition might be the Italian’s only viable avenue to qualify for continental football next year, given their underwhelming Serie A performances.

On paper at least, this looks like it should be an away win, but in reality, the home side are easily a match for their more illustrious opponents. The Bulgarians come into today’s PFC Ludogorets Razgrad vs AC Milan bets having won their domestic league six times in a row. The Eagles sit top of the pile in Bulgaria at present too.

The Rossoneri haven’t been good travellers this season and their recent results on the road have been especially poor. Gattuso’s troops have won just one of their last seven matches away from the San Siro since November, and the Milanese giants failed to win any of their last two away games in UEL Group D.

The Eagles have only lost twice in fourteen games in all competitions at their own stadium and any team that is used to winning most weeks is a dangerous proposition. Milan’s players won’t relish the thought of playing in the freezing cold temperatures of Bulgaria, though I’m tipping them to leave there with a first-leg draw. The best Europa League football odds for that outcome are available at Sportingbet. The value they offer is second to none.

As we detailed earlier, the away side in today’s selection of PFC Ludogorets Razgrad vs AC Milan predictions failed to score in three of their last four Group games, which in truth made qualification much harder than it should have been. Really, the Rossoneri have been relatively toothless all season.

Domestically, they are comfortably the lowest scorers in Serie A’s current top ten, having netted just thirty times in their twenty-three league contests. The Italians scored what looks at first glance a fine total of thirteen goals in their six Europa League group games, though, on further inspection, we can see that the ten goals scored over their two meetings with Austria Win warps the figures significantly.

The Bulgarians only scored seven times in their six Group matches themselves and they weren’t able to score more than twice in any of those fixtures. In total, six of the Rossoneri’s most recent eight matches finished with under 2.5 goals and with their attack showing no signs of improvement, goals should be at a premium again in Bulgaria next week. You can find the best odds for the second of our European football bets for today at Winner, whose prices guarantee the best payout.

To see odds on the next event visit PFC Ludogorets Razgrad vs AC Milan odds page.