Istanbul Basaksehir vs SC Braga Predictions: Basaksehir Must Win for a Chance to Qualify 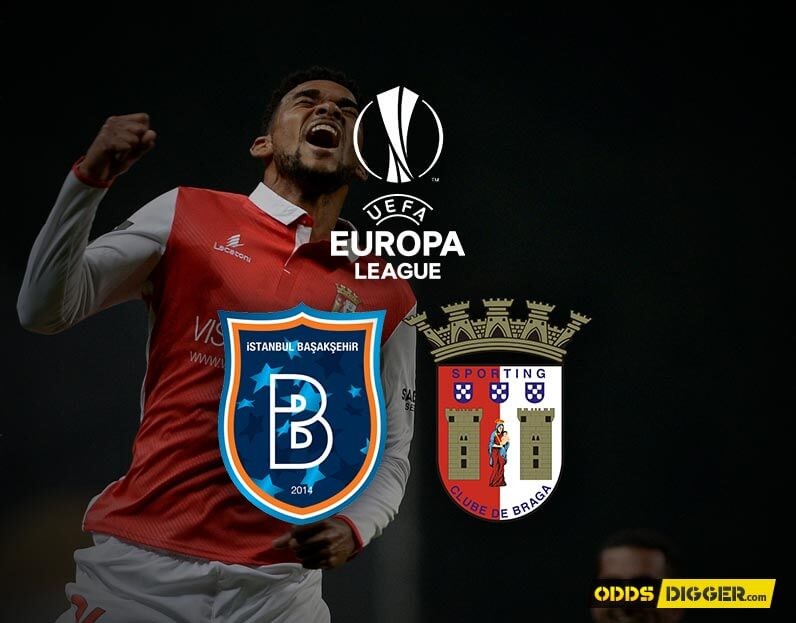 Istanbul Basaksehir need a huge favour from Hoffenheim on December 7th if they are to steal a place in the knockout stages of this season’s UEFA Europa League. The Turkish side have five points after five fixtures and they trail Ludogorets by three points coming into today’s Istanbul Basaksehir vs SC Braga preview. Having beaten them in their earlier Group C meeting, Abdullah Avcı’s side can jump above Ludogorets if they beat SC Braga and the Bulgarians lose in Germany.

In the months leading up to our free Istanbul Basaksehir vs SC Braga betting tips, Abdullah Avcı’s men have only eked out one victory in their Group. They started life in the Europa League with a dour 0-0 draw with Ludogorets before losing back-to-back games in Portugal and Germany. They took a point off Hoffenheim in Turkey before earning a vital 2-1 win away in Razgrad. Edin Visca has scored twice in his last two appearances in Group C – his goals were huge in securing four points from those games.

Os Arcebispos are already safely through to the next stage of the competition having collected ten points from their five matches. The Portuguese side have lost just once so far, falling to defeat at home in a surprise 0-2 loss to Ludogorets. They have done the double over Hoffenheim and already beaten the team they face this week. 27-years-old Brazilian forward Fransérgrio has hit four goals in the UEL in 2017/18.

With a victory essential for the home team’s chance of qualification, the extra impetus provided by their desperation has pushed them out as favourites to win in our pick of Istanbul Basaksehir vs SC Braga bets. The visitors have already done their hard work, so they might just take their foot off the pedal when they travel to Turkey.

When the clubs met earlier in the group, Os Arcebispos needed an 89th minute Fransérgio goal to pip their opponents to the points. The teams were level for almost an hour that evening. That contest was close enough to suggest that Abdullah Avcı’s team can take the win this time with home advantage.

The Turks are yet to lose at the Fatih Terim Stadium in this competition, drawing both of their first two Group C fixtures there. With so much at stake, I expect them to push on and turn one point into three this time. William Hill’s Europa League football game odds emerged top of the pile for value when compared to other bookmakers. Our advice is to utilise their services on this occasion.

Our scrutinized clubs’ ability to find the net with relative consistency had a large bearing on the last of our free Istanbul Basaksehir vs SC Braga predictions today. The home team may have only netted five times in five matches, but those goals have been spread right across their fixtures. They have scored in 100% of their last four matches in Group C.

Similarly, SCB have registered on the scoresheet in four of their five games too. Their only failure in front of goal came in that anomalous setback at home to Ludogorets. Abel Ferreira’s men are the current leading scorers in their section. Their fluid play has caused defences plenty of problems throughout their campaign.

In defensive areas, the teams have only kept one clean sheet between them in a combined ten contests. Surprisingly, it’s the Turkish backline that secured that blank against Ludogorets earlier in the season. With action likely in both penalty areas, you can use the sensational odds we found at StanJames.com when backing the final entry in our European football bets for today.

To see odds on the next event visit Istanbul Basaksehir vs SC Braga odds page.