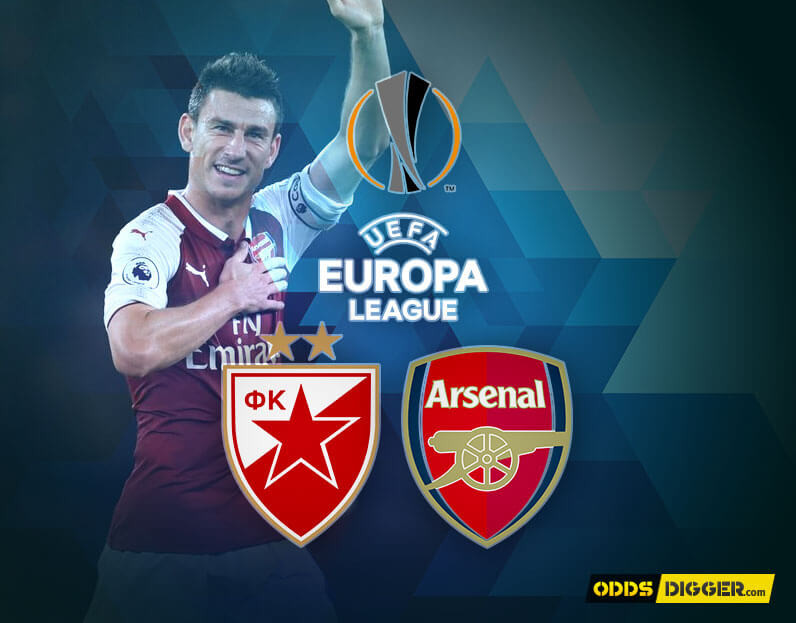 FK Crvena Zvezda have taken all three points in ten of their opening twelve matches in the Serbian top flight, conceding just twice along the way. Vladan Milojević’s troops have lost just twice in twenty-three matches. The squad of players at his disposal are not used to losing and any team with that engrained winning mentality must be considered dangerous. Red Star Belgrade have taken four points from their two UEFA Europa League, Group H fixtures, drawing at home to BATE Borisov before taking all three points in Germany against Koln prior to today’s FK Crvena Zvezda vs Arsenal preview.

Our partners: 777Spinslot is a well-known gaming platform that offers amazing online gambling no deposit required bonus offers and a sizeable variety of games to its users!

Gunners fans were once again up in arms following their team’s 2-1 loss at Watford a few days before our FK Crvena Zvezda vs Arsenal betting tips. The manner of defeat is bound to frustrate Arsenal supporters, but it was their only loss in eight. The Londoners had won four on the bounce before their loss at Vicarage Road.

Arsene Wenger has watched his side put seven goals away in their two Group H matches so far. They started their campaign with a 3-1 over Koln before picking up more points in Belarus thanks to a 4-2 over BATE Borisov. The Gunners defence has yet to keep a clean sheet in the competition, however.

As disappointing as their 2-1 defeat to Watford at the weekend was, we should note ahead of our OddsDigger FK Crvena Zvezda vs Arsenal bets that generally the away side have been quite clinical against teams they would expect to beat. The Gunners have lost just three from their eleven matches across all competitions this season. Their 0-4 early campaign defeat to Liverpool seems to have clouded people’s opinions about them a little.

Red Star are an accomplished, highly technical side – any side who loses just two games from twenty-three has to be respected. The Englishmen are a class above them however and they have only failed to score once in their last eight games overall. Chilean striker Alexis Sanchez missed the weekend’s fixture but should be back in the team for Thursday. Betfair’s football betting odds leave their competition’s equivalents in the shade for this free pick and our advice is to make the most of their services.

The home team analysed in our FK Crvena Zvezda vs Arsenal predictions have scored in eight of their last nine outings, in fact looking further back we can see that they have scored in twenty-two of their last twenty-four attempts in various competitions and tournaments. At the Rajko Mitić Stadium, they have been kept out just once in incredible sixty-three games. They are almost guaranteed to get a goal at home no matter who they play against.

With the Gunners tipped to win, naturally they will have to get goals and they have only failed to score once in eight contests. The statistical information available suggests that the smart bettor should expect goals on Thursday. We have chosen Winner’s odds to accompany the latest of our football predictions. Their prices, odds and offers are unparalleled for this clash.

To see odds on the next event visit Red Star Belgrade vs Arsenal odds page.