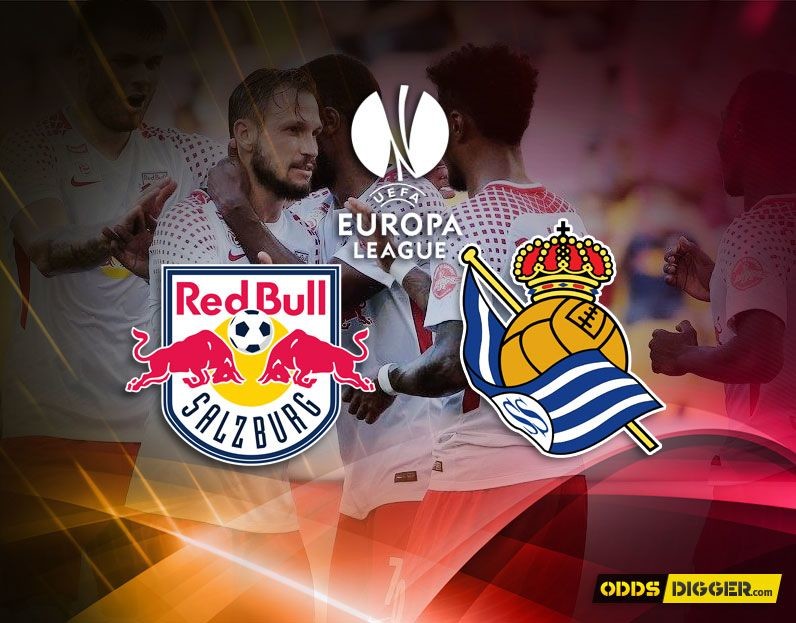 Both of these sides have a great chance of progressing to the next round, ahead of our FC Red Bull Salzburg vs SAD Real Sociedad preview and football odds, with the first leg leaving this tie poised precariously at 2-2 on aggregate.

Our partners: 777Spinslot casino presents access to the most interesting promotions in the industry, from sign-up offers to bonuses, online casino free spins no deposit and free bets.

Red Bull Salzburg boast a tremendous record at home in this competition, but Real Sociedad offer a lot of quality going forward and should be more than capable of causing their Austrian opponents plenty of issues during their away trip.

Our FC Red Bull Salzburg vs SAD Real Sociedad predictions back the away side to be a nuisance offensively but open at the back, which makes an entertaining fixture the best thing to back in our Europa League predictions.

Eusebio’s side are yet to fire a blank on the road in this edition of the Europa League, with their attacking players bound to ask plenty of questions. Salzburg showed in the first leg that their young squad can give as good as they get, setting this second leg up to be very entertaining indeed.

Real Sociedad have hit the back of the net on all three of their away games thus far in the Europa League this season. Zenit, Vardar, and Rosenborg have been unable to keep them at bay, although La Real do face the issue of the fact that their star striker Willian Jose is currently sidelined with a broken toe.

Sportingbet offer the best odds on both teams hitting the back of the net in Austria, despite the fact that Red Bull Salzburg boast a very good home record in this competition. The hosts have kept five consecutive clean sheets since the tail end of 2016, but they are yet to play against a team with as much creativity and as many options for their midfield and front three.

For this reason, there is good value on both teams hitting the back of the net, as La Real are the team set to go against the grain and force the hosts to pick the ball out of the back of their own net in the Europa League at home. Salzburg have scored in all but one of their five fixtures.

Our FC Red Bull Salzburg vs SAD Real Sociedad bets back this to be an entertaining game in the same vein as the first leg. At Anoeta, the two sides couldn’t be separated, with Salzburg grabbing two away goals in a 2-2 draw. That leaves Real Sociedad with the need to get out and net themselves an away goal too, but their leaky defence should ask more of them than just that.

Betfred offer the best odds on there being three goals or more in Austria, which has occurred twice during the current edition of this tournament already. The hosts haven’t started the new year particularly well and returned to competitive league action by conceding. La Real have a lot of offensive options and are looking strong given that only Zenit have been capable of beating them thus far.

Our FC Red Bull Salzburg vs SAD Real Sociedad betting tips suggest that the Basque club will have life tough on their European travels, with two exciting young squads having the potential to put on another exciting game in the Europa League.