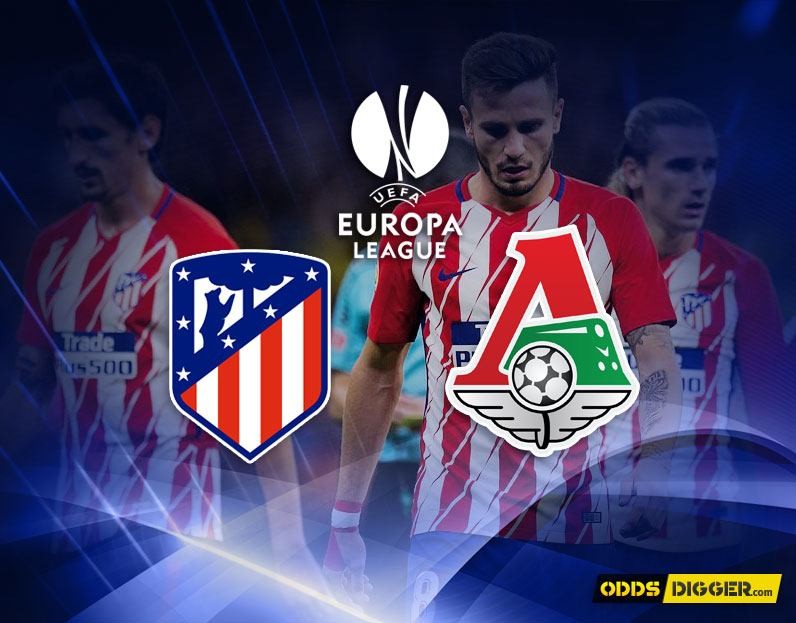 Diego Simeone’s men won’t have long to recover after a tough game against Barcelona this weekend, ahead of our Atletico Madrid vs FC Lokomotiv Moscow preview and soccer odds, but their quality at the Wanda Metropolitano should be easily enough to carry them through into the second leg unscathed.

Our partners: 777Spinslot casino gives access to the most interesting special offers in the industry, from new player offers to bonuses, free spins no deposit slots uk and free bets.

Atletico Madrid have been imperious at home this season, only losing on one occasion in the Champions League and once in the Spanish cup, but otherwise, they’ve been incredibly strong. Lokomotiv Moscow really have their work cut out to even find an away goal at one of the competition’s strongest fortresses.

Our Atletico Madrid vs FC Lokomotiv Moscow predictions back Los Colchoneros to amble into the second leg with a strong advantage, which makes backing the hosts to win without conceding the way to go in our midweek Europa League tips.
Simeone’s side are one of the biggest favourites to win this competition and they should have no issues in Madrid at all. The second leg in Russia might be problematic, given the travelling, but while playing in their own backyard, Atleti should be as comfortable as they have looked all season.

Atletico Madrid have won their last five competitive games at the Wanda without conceding, with Simeone’s back four and Jan Oblak doing their jobs extremely well. Diego Costa and Antoine Griezmann have struck a very strong partnership up top in recent weeks, but the hosts will probably even have some confidence to rotate after a tough La Liga fixture at the weekend.

William Hill offer the best odds on Atleti to win without conceding on Thursday evening, which looks incredibly likely given Los Colchoneros’ exemplary defensive record at home this campaign. Only Real Sociedad, Sevilla, and Girona have found the back of the net at the Metropolitano since late November of last year.

Oblak will be starting in goal, with Simeone not one to rotate his goalkeepers in this competition, and the hosts should be very confident that they can keep pushing on in this tournament without too many worries. Their home form speaks for itself and should be extended this week.

Our Atletico Madrid vs FC Lokomotiv Moscow bets back Kevin Gameiro to be a real threat on Thursday, with Simeone likely to rotate a little bit after Atleti’s big title race clash against Barcelona in La Liga last weekend. Antoine Griezmann and Diego Costa are in top form, but the other Frenchman is also looking sharp in Europe.

Unibet offer the best odds on Gameiro to hit the back of the net anytime against Lokomotiv, which he managed to do in both legs versus FC Copenhagen in this very competition. Although in La Liga, he hasn’t looked dangerous and his opportunities have been limited, the Europa League looks to be a good outlet for him and this Thursday is a chance to maintain his purple patch of form.

Our Atletico Madrid vs FC Lokomotiv Moscow betting tips suggest that the hosts will be confident that their forward options will be able to dismantle the visitors in the form that they are in, with Atleti looking sharp and strong when the Russian club are not long back from a winter break.

To see odds on the next event visit Atletico Madrid vs FC Lokomotiv Moscow odds page.