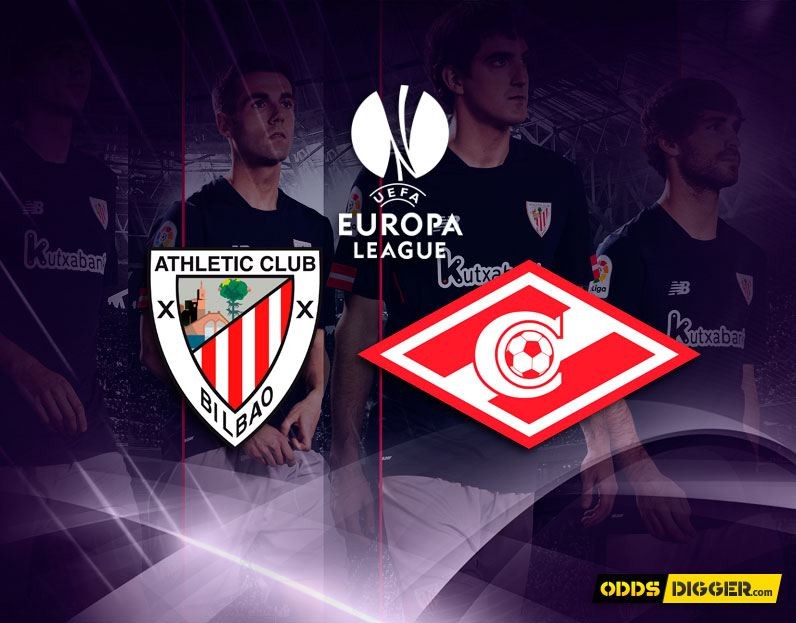 Kuko Ziganda’s side have a brilliant advantage to try and protect, ahead of our Athletic Bilbao vs FC Spartak Moscow preview and football odds, with a fortunate yet positive first-leg performance out in Russia handing them a 3-1 aggregate lead.

Our partners: 777Spinslot casino presents access to the most interesting promotions in the industry, from new player offers to bonuses, online casino free spins no deposit uk and free bets.

Athletic Bilbao have been tough to beat at home so far this season, with Los Leones even going through a lengthy unbeaten run of late. Even though they are not particularly entertaining, nor are they playing good football as they did under Ernesto Valverde, but they are capable of shutting teams out and making life difficult.

Our Athletic Bilbao vs FC Spartak Moscow predictions back the Basque club to progress into the next round by keeping things very tight at home, which makes going for a low scoring affair the way to go in our week’s Europa League predictions.

Los Leones are strong at home, while FC Spartak Moscow are really struggling on the road in European competition. They haven’t won on the road in the Champions League since 2010, and their last victory in the Europa League while on their travels was a year later in 2011.

Spartak’s dreadful away form points to the hosts being able to pull off a decent result. The fear for Athletic was that they may find themselves returning to San Mames while trailing, with Ziganda’s men then needing to push on and potentially leave gaps to exploit while they attempted to get back in the game. In reality, they can now sit back comfortably and look to hit the away side on the break.

10Bet offer the best odds on this contest ending in a draw, which would be a result that would suit the home side perfectly. They are unbeaten in their last five competitive matches at San Mames, with Ziganda’s squad able to sit in and remain tough to break down. While they lack spark in attack, they can defend with grit and determination.

Spartak haven’t won on the road in any edition of European competition for the best part of a decade, which doesn’t bode well for their chances. Athletic have three away goals to their name, meaning that the Russian club have to go searching for plenty of goals in Bilbao. They will be competitive, but beating Athletic on their own patch looks unlikely.

Our Athletic Bilbao vs FC Spartak Moscow bets back this to be a low scoring game, with Athletic sure to be looking to keep things tight. There have been less than three goals scored in each of the hosts’ last five matches at San Mames, with Ziganda showing recently that he wouldn’t be afraid to also go with a five-man defence.

Sportingbet offer the best odds on there being less than three goals on Thursday evening, which the form book backs to the hilt. In the Champions League, Spartak were demolished 7-0 by Liverpool and were beaten 2-1 by Sevilla on their away trips, but Athletic won’t be looking to do the same. A calm and collected push to victory with their first-leg advantage in hand is enough.

Our Athletic Bilbao vs FC Spartak Moscow betting tips suggest that Los Leones will not be taking any risks, with a balanced and composed performance enough to see them into the next round. This likely won’t be an entertaining one, with the hosts happy to creak their way to a victory on aggregate.

To see odds on the next event visit Athletic Bilbao vs FC Spartak Moscow odds page.