Spartak Moscow vs Sevilla Predictions: Away Side Face True Test in Russia 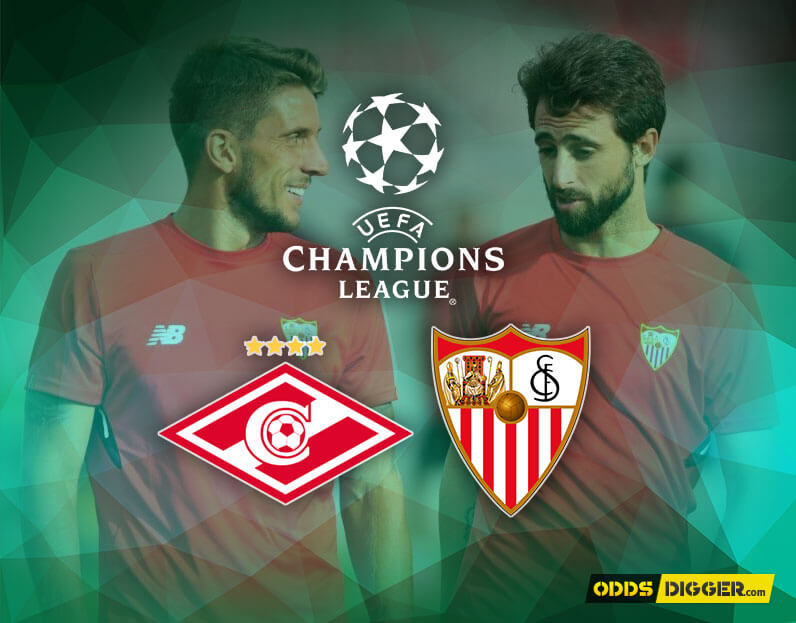 Eduardo Berizzo is coming under some scrutiny ahead of our Spartak Moscow vs Sevilla preview and soccer tips, as the away side’s points tally certainly does not match their performance levels thus far this season.

Our partners: 777Spinslot is a well-known gaming platform that offers amazing online casino real money no deposit rewards and a vast range of games to its customers!

Sevilla found themselves as high as second in LaLiga’s standings over the last couple of weeks, but little bits of individual quality have been securing them victories, rather than good team showings. As a collective, they’re yet to hit the mark, and Spartak Moscow can capitalise on that.

Our Spartak Moscow vs Sevilla predictions revolve around how poor Los Nervionenses have been looking, which makes it both tempting and also quite valuable to back a home victory from the UEFA Champions League Group E odds.

The hosts are unbeaten in their last nine fixtures and held Liverpool to a 1-1 draw in Moscow at the end of September. They certainly have the quality to cause Sevilla plenty of problems on Tuesday evening.

10Bet offer the best value for a home victory, which appears to be viewed as a bit of a potential upset. Sevilla arrive in Russia after losing consecutive league games against Atletico Madrid and Athletic Club, where Berizzo’s men also failed to hit the back of the net in both games.

The hosts have lost just one game at the Otkrytiye Arena since September of last year, with Los Nervionenses unlikely to go pulling up any trees to add to that rather impressive record. Given their recent away performances in the Spanish top flight, Sevilla look low on ideas and also weak at the back.

Luis Muriel is yet to settle into life particularly well in southern Spain, with Sevilla often profiting from a little bit of magic from elsewhere. A neat finish from Ganso earned them a 1-0 win against Getafe, with a goalkeeping error enough to beat Girona. Jesus Navas scored from a cross to take three points not too long ago, too.

Our Spartak Moscow vs Sevilla bets do, however, back the away side to do a bit of damage in Moscow. The hosts have kept just one clean sheet in their last three home fixtures, with both Liverpool and Anzhi managing to find a way through last month.

Unibet offer the best value on both sides finding the back of the net on Tuesday evening, which is something that the visitors have done on their last two away trips in Europe. Sevilla often like to play on the counter-attack, so a quick break might be their weapon of choice to make things interesting.

Our Spartak Moscow vs Sevilla picks suggest that the hosts should fancy their chances, with Sevilla’s recent away form in LaLiga not pointing towards an unbelievable team performance. They have quality within their ranks and individuals can make their mark, but Berizzo and company don’t look capable of a collective performance that would be required to take home a positive result from Russia.

To see odds on the next event visit FC Spartak Moscow vs Sevilla FC odds page.