Sevilla FC vs Liverpool Predictions: Sevilla to Take a Point from Liverpool Again 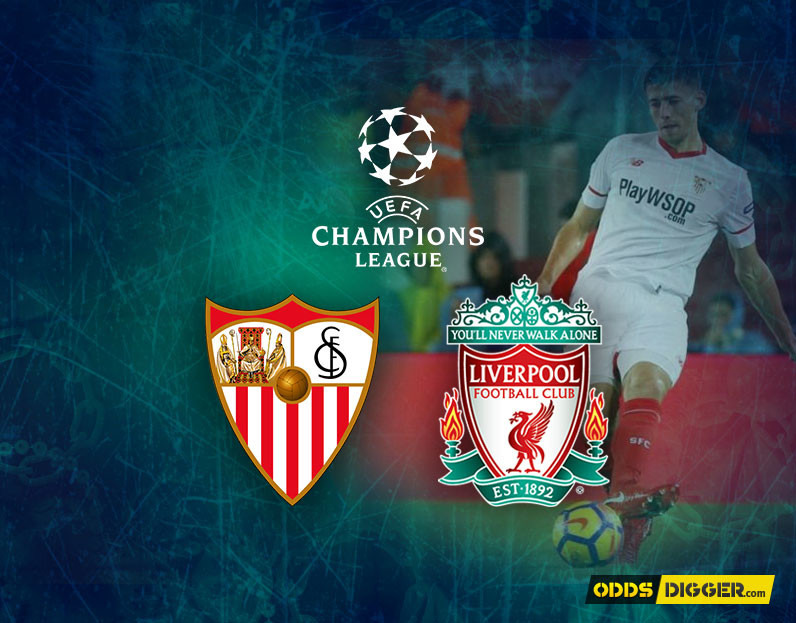 The qualification places in UEFA Champion’s League Group E are still very much up for grabs heading into our Sevilla FC vs Liverpool preview. The teams analysed today are both firm favourites to make it to the next round of the competition, but both sets of players will know that any slip up could see them pipped to a place in the knock out stage by a dangerous looking Spartak Moscow team.

Our partners: Secure, respectable, and user-friendly – those are the three characteristics that come to mind when speaking about no deposit bonus uk casino 777Spinslot.

Sevilla have collected seven points from their first four Group E contests, starting with an opening night draw at Anfield and following that up with a comfortable 3-0 win over group minnows Maribor. The Spaniards then suffered a catastrophic 0-7 reverse in Russia against Spartak before turning Moscow over in the return match at the Ramón Sánchez Pizjuán Stadium. Their main man so far has been Wissam Ben Yedder who has bagged himself four goals in the UCL already.

Liverpool have been full to bursting with goals this season and their ability to regularly find the net has been a large feature of their Champion’s League performances this season. The Reds hit ten goals in two matches against Maribor ahead of this week’s Sevilla FC vs Liverpool betting tips, breaking records in Slovenia by recording the biggest away win ever in a UCL Group fixture. Mohamed Salah and Roberto Firmino got two apiece that night in a 7-0 drubbing. Jurgen Klopp will most likely be without Sadio Mane once again. The flying Senegalese winger picked up another hamstring injury on international duty last week.

The 2-2 draw on Merseyside between the clubs included in today’s Sevilla FC vs Liverpool bets taught us many things. We learned that Eduardo Berizzo’s and Jurgen Klopp’s squads are particularly well matched. The Spaniards have only been beaten once in the Group so far and that was in Russia on an anomalous night where everything seemed to go wrong. Los Rojiblancos have a formidable European home record in recent years, losing just once in eight matches at the Ramón Sánchez Pizjuán Stadium.

The Reds still have it all to prove in this year’s Champions League. Their only victories so far have come against Group E’s whipping boys Maribor and even though smashing in ten goals over two matches against the Slovenians is impressive, Klopp’s men haven’t shown the same endeavour against the better sides. With the pressure of potential qualification expected to be telling, the teams could very well cancel each other out on Tuesday. The most valuable Champions League football odds for our first pick can be found at Coral, who emerged as our bookmaker of choice this time.

When you think of Liverpool under Klopp, you immediately associate two things with his team – their incredible attacking threat and their haphazard defending. Both those traits had a major impact on this week’s free Sevilla FC vs Liverpool predictions. 100% of Pool’s last five fixtures have ended with over 2.5 goals nestling in the back of the net. Three of their four Group E contests have also ended over the same number of goals.

The same can be said of their two-legged pre-qualifier against German side Hoffenheim, where the goalkeepers were beaten nine times over one hundred and eighty minutes. Of course, the meeting of these famous clubs in the second week of September also passed our targeted goals number, as did the clash between them in the Europa League Final of 2015, when the Spaniards lifted the trophy after a 3-1 in. When you consider the information, it’s clear that supporters should expect an exciting evening on Tuesday. You can find excellent odds for the second of our free European football tips at 888sport.

To see odds on the next event visit Sevilla FC vs Liverpool FC odds page.