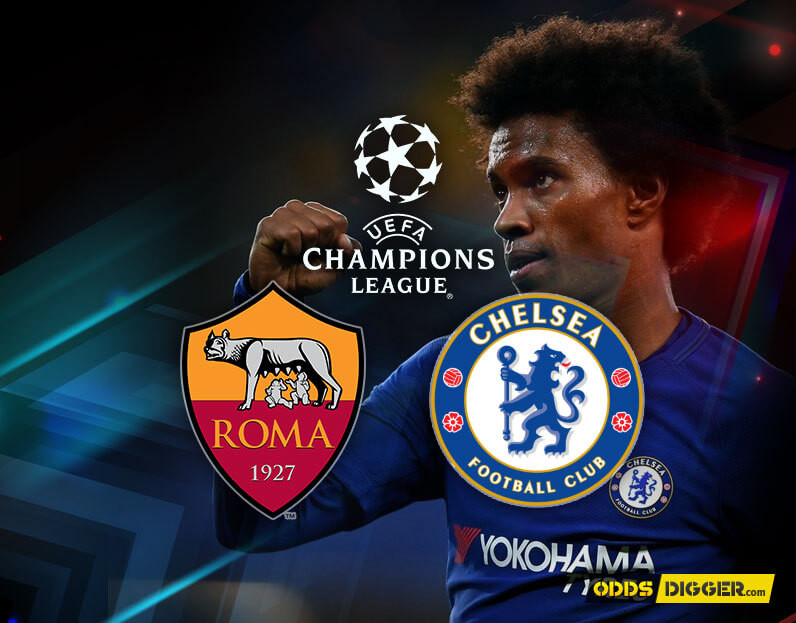 Roma and Chelsea produced one of the more entertaining UEFA Champions League Group C games two weeks ago when they drew 3-3 at Stamford Bridge. Edin Dzeko returned to haunt his old club with two goals and Chelsea rescued a point with a late Eden Hazard header, which the home side barely deserved, completing his own brace. They have conceded 10 goals in three outings without netting once themselves.

Chelsea are in the driving seat in the group, having beaten both Qarabag and Atletico Madrid. They top the table with seven points. Roma are second with five points from three games.

Roma were scintillating in London, dominating the midfield areas and playing some delightful, inventive football. Chelsea relied on the break – and they proved very effective. Yet the overriding feeling was that Antoni Conte’s side were lucky. They were also somewhat fortunate to see off Watford at home last week and sit in fourth place in the Premier League after their 1-0 win at Bournemouth on Saturday.

Roma come into this on the back of a 1-0 win over Bologna and sit fifth in Italy’s Serie A, four points behind leaders Napoli. Our Roma vs Chelsea preview highlights the fact that the hosts are a tremendous value to upset the English champions, as they appeared to be a far more confident outfit in the first meeting. We also highlight in our Roma vs Chelsea predictions that this second meeting is unlikely to be such an open contest as the first meeting at Stanford Bridge.

Roma won the last home meeting with Chelsea 3-1 in the group stage of the UEFA Champions League in November 2008, a game notable for the dismissal of Chelsea’s Deco. Given their respective form, with Roma winning all bar two of their Serie A games and holding opponents scoreless in seven of those games, the hosts look simply too big to ignore. Chelsea have lost two of their last four Premier League games and have ridden their luck at times in recent weeks. Roma’s two defeats came at home, suffering a 3-1 reverse to Inter and a 1-0 loss to leaders Napoli.

While it appears that Giallorossi are susceptible to a breakaway goal, our football preview maintains their dominant midfield should be able to stifle Chelsea’s creativity and goals will be at a premium as a result. Both sides were forced to play on Wednesday and Saturday last week, so travel may be an additional factor for the Blues. Our Roma vs Chelsea betting tips suggest the hosts can end Chelsea’s unbeaten run in the competition and can top the table with victory.

Fatigue often produces mental errors and playing three games in the space of a week is never easy. Both teams have this burden to contend with, yet tonight’s football betting odds may have thrown up a gem. While we all hope for another barn-burner, as in their Stamford Bridge clash, it is worth looking at Roma’s League form. In eight of Roma’s first 10 Serie A games, one or the other side failed to score.

This was the same case in five of Chelsea’s last eight Premier League games. Both sides have been relatively solid when getting their noses in front. Chelsea have kept clean sheets in four of their last eight games, while Roma have held seven opponents scoreless in their opening 10 Serie A games.

If you were playing the percentages, both sides to score should be odds against, not odds-on as is the case. So, if taking a negative approach, arguably one of the best Roma vs Chelsea bets is the value in one or the other team failing to find the net. Unibet do us proud with their offering in this particular market.

To see odds on the next event visit Roma vs Chelsea odds page.