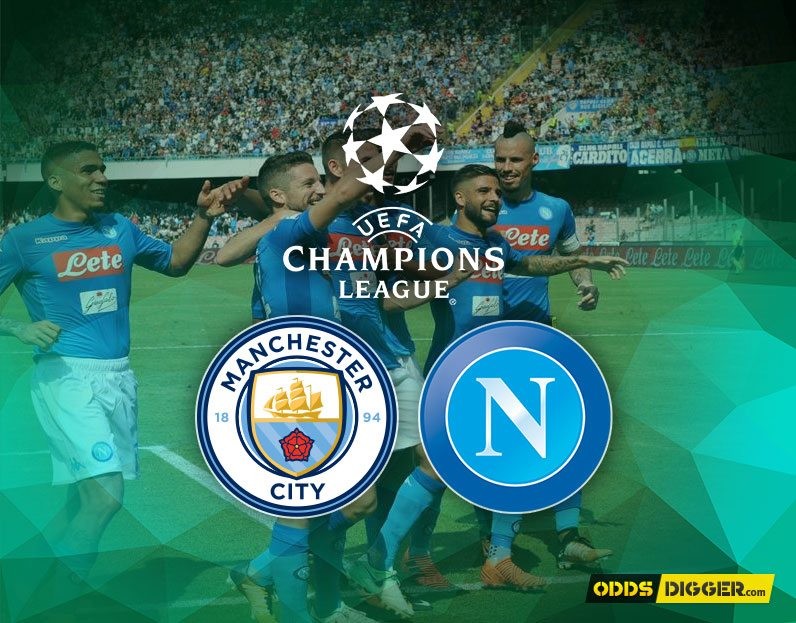 These two sides have got everybody excited and talking ahead of our Manchester City vs Napoli preview and free football tips, with the pair playing arguably some of the most exciting football across Europe’s biggest divisions this season.

Our partners: 777Spinslot is a well-known gaming platform that offers amazing online casino sign up bonus no deposit mobile and a wide range of games to its users!

Napoli managed to maintain a perfect record across Serie A so far, with Maurizio Sarri’s entertaining and pleasing brand of football looking to be capable of giving the home side a real rest on Tuesday. Manchester City have been in formidable form in front of goal too, of late.

Our Manchester City vs Napoli predictions revolve around the incredible goalscoring runs that these two sides are on, which makes goals the way to go with the available UEFA Champions League Group F odds.

The Etihad will be a tough place for the visitors to travel to in order to take three points, not least because they recently suffered a 2-1 away defeat at the hands of Shakhtar Donetsk. Guardiola’s men will fancy their chances of making it three wins from three in Group F.

There have been 21 goals across Man City’s last four home games, with Liverpool and Crystal Palace both finding themselves on the end of 5-0 defeats. Most recently, Stoke City found themselves put to the sword in a 7-2 mauling on Saturday afternoon.

Coral offer the best odds on a similar thriller occurring on Tuesday, with four clear goals appearing to be something that these two sides would be able to cook up in their sleep. In their opening eight games in Serie A, the Partenopei have scored 26 times.

Gabriel Jesus and Sergio Aguero have been no strangers to finding the back of the net for the hosts, with Kevin De Bruyne and David Silva also in excellent form. Napoli boast the likes of Dries Mertens and Jose Callejon, who have both been among the goals this season so far. Four goals should be more than possible, it wouldn’t be a surprise to see this game far surpass it.

Man City are unbeaten at home so far this season, ahead of our Manchester City vs Napoli bets, but the likes of Everton and Stoke have both managed to find a way beyond Ederson at the Etihad. Given that Napoli have scored in every away game that they have played since September 2016, Sarri will know that his side will do the same.

William Hill offer the best value on both teams finding the back of the net, but the Citizens taking the three points in Champions League Group F. The Partenopei lost away against Shakhtar in their first away jaunt of this stage of the competition, and Man City are a far tougher side than the Ukrainian outfit.

Our Manchester City vs Napoli picks suggest that this should be a goal-fest, with the home team coming out on top. They’ve won their last nine consecutive games. During the same period, Napoli have netted 14 times. Entertainment is certainly on the cards at the Etihad, and this one should be great for the neutral!

To see odds on the next event visit Man City vs Napoli odds page.