FC Shakhtar Donetsk vs Roma Predictions: Italians to Find It Tough in Ukraine 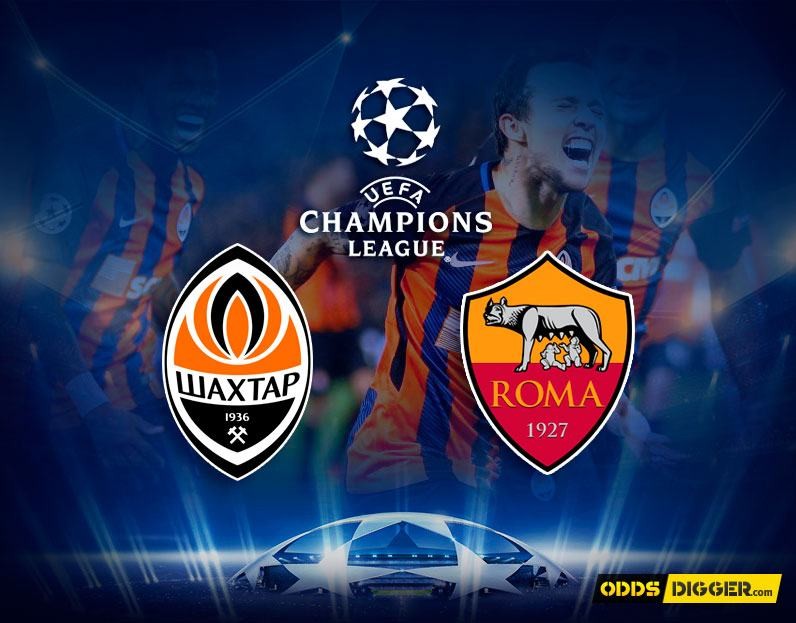 UEFA Champions League action gets back under way next week and we analyse one of the draw’s most fascinating contests in today’s FC Shakhtar Donetsk vs Roma preview. The home side came through a tough group that contained Manchester City and Napoli, while the Italians had to do battle with Chelsea and Atletico Madrid to secure their passage from Group C.

Our partners: 777Spinslot casino presents access to the most interesting special offers in the industry, from welcome offers to bonuses, online slots no deposit free spins and free bets.

The home side will have played just one competitive match prior to this week’s FC Shakhtar Donetsk vs Roma betting tips after their domestic competition ground to halt for the winter break. The Miners are top of the Ukrainian Premier League, just ahead of rivals Dynamo Kyiv. Their UCL campaign to date has been hugely impressive too – FC Shakhtar Donetsk have won all of their home matches in the competition so far and their strength on home soil gives them a fantastic chance of progressing past their Italian visitors next week.

Roma have had to endure a rocky start to 2018. The Giallorossi had gone seven games without a win before their back-to-back victories over Hellas Verona and Benevento. The Romans are just about hanging onto fourth spot in Serie A, just beyond the reach of city rivals Lazio. Eusebio Di Francesco’s men topped their Champion League section after coasting through Group C with just one loss in six. Check out our free European football tips below.

We are backing the home side to avoid defeat in the first of today’s FC Shakhtar Donetsk vs Roma bets. The Italians will first have to contend with the sub-zero conditions in Ukraine, and the home players are more adept at coping with the cold temperatures. Secondly, the Miners have established a reputation as one of the tougher teams to conquer on their own patch.

Paulo Fonseca’s troops won all three of their home games in Group F before Christmas. They beat Serie A leaders Napoli 2-1, Dutch side Feyenoord 3-1 and were one of the few teams to beat English heavyweights Manchester City in 2017/18, winning 2-1 against them in the first week of December.

The Miners have lost just two of their last ten matches at home in the UCL. Only PSG and Real Madrid left Ukraine with a win since 2014. Although the Romans eventually topped their group, they won just one of their three away fixtures in the section. In fact, they tend to struggle in general when playing outside Italy at this level. Their win at Qarabag in September was their only victory in thirteen away Champions League fixtures. Betway Sports emerged as the best bookmaker to use with our first pick. The value they offer is unbeatable.

The home team in today’s FC Shakhtar Donetsk vs Roma predictions are extremely strong at their own stadium, that much has been established, but there is a definable weakness in their defence. The Miners were unable to keep a clean sheet in any of their six Group F fixtures last year, which is a stat that will deeply concern Paulo Fonseca.

In the group section, conceding goals isn’t the end of the world, but in the knock out stages, conceding an away goal can have an enormous impact on a team’s chances of making it to the next round. It’s worth noting that the Ukrainian giants have kept just two clean sheets in fifteen Champions League matches overall since 2015.

The Giallorossi’s defence record when playing away from home in the UCL is pretty appalling. The last time they kept their opponents out on their travels was all the way back in 2007, when they recorded a 2-0 win in France against Lyon. They haven’t managed to stop the opposition from finding the net in twenty-five away contests since. They have scored in seven of their last nine away clashes though, despite winning just once. The stats suggest both teams will score next week and you can back that outcome using the tremendously priced odds we found at Betfair.

To see odds on the next event visit FC Shakhtar Donetsk vs Roma odds page.