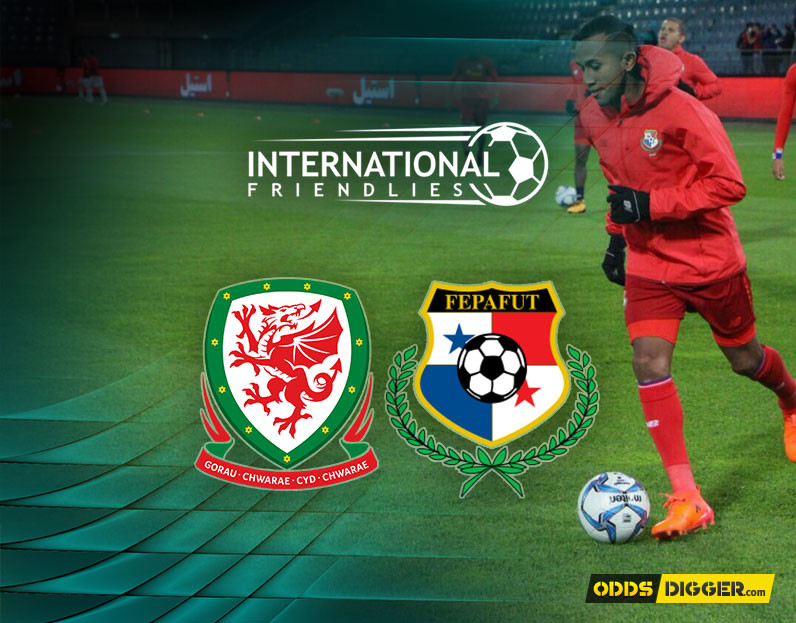 This is Panama’s first European friendly since 2012 ahead of our Wales vs Panama preview and free football odds, with the odds being stacked in the home nation’s favour down to this very fact.

Our partners: 777Spinslot is a well-known online casino that offers fantastic no deposit keep what you win bonuses and a vast variety of games to its users!

Wales have been a tough team to break down at home throughout their qualification campaign for the 2018 World Cup, with Chris Coleman having this squad very well organised and ready to put up a fight against any nation when on their own patch.

Our Wales vs Panama predictions are based off the rarity with which the visitors have made trips to Europe, which makes backing a home victory within our international friendly predictions very tempting indeed. Coleman’s side will be targeting a comfortable win.

The hosts have tasted defeat just once in their last nine attempts within their own borders, with Panama needing to put in quite a performance to dent that record further on Tuesday evening in Int. Friendly Games.

Wales have let in just four goals in their last seven home games, with their defensive resilience being the strongest part of their game. With key forward Gareth Bale sidelined yet again due to injury, it is down to the unit to come up with the goods this week in Cardiff.

Ladbrokes have got the best value on the hosts to take a win while also keeping their opposition at bay effectively. Coleman’s side have become well known for a five-man defence and keeping things very tight at their own end, which should pose a tough task for the opposing minnows to penetrate.

The away side have failed to score in three of their last five away games, with Costa Rica, Mexico and the United States of America capable of keeping them at arm’s length in 2017. Wales failed to qualify for the upcoming World Cup and therefore need to bounce back and impress their fan base again quickly.

Our Wales vs Panama bets rule out the idea of plenty of entertainment in Cardiff, with all of the hosts’ last four home games ending with two goals or less on the scoreboard. Coleman’s side keep things tight defensively, and therefore their margin of victory on Tuesday should be a slim one.

Aside from a 5-0 victory against minnows Grenada in October, Panama have been struggling to score on their travels in 2017. They’ve failed to hit the back of the net in five away fixtures since March, and this record should be set to continue once again against a tough unit like Wales.

Our Wales vs Panama betting tips suggest that the hosts will take a victory in front of their own fans to make up for the failure of their World Cup qualification campaign. Sportingbet offer the best value on two goals or less flying in on Tuesday night, with this bound to be a narrow home victory.

To see odds on the next event visit Wales vs Panama odds page.