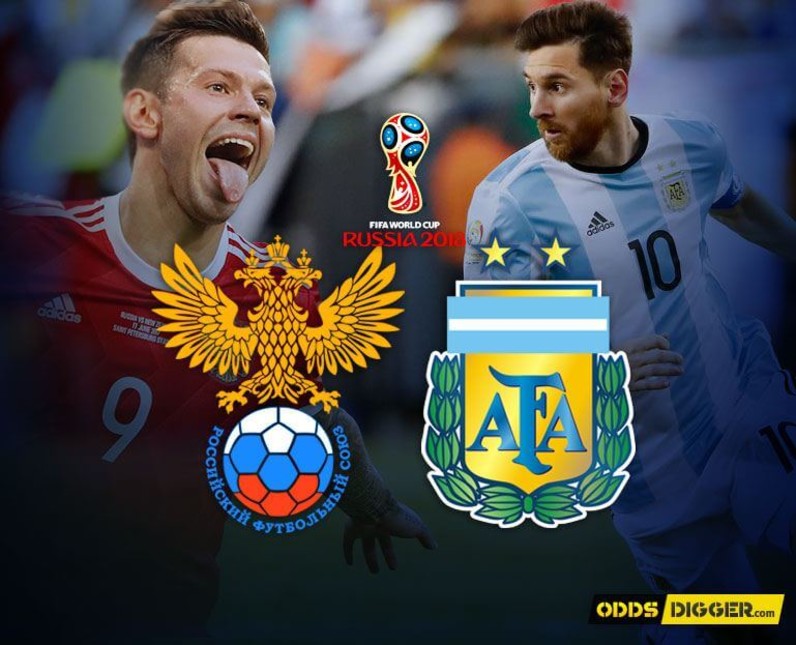 World Cup hosts Russia haven’t really played a competitive match since the summer of 2016. Having automatically qualified for next year’s finals, the Russians have had to make do with fourteen friendly fixtures, which included three games in the less than glamorous Confederations Cup. Stanislav Cherchesov’s troops have only lost two of their most recent nine outings, though it’s difficult to ascertain where they are as a team given the level of opposition they have been facing.

Our partners: 777Spinslot is a well-known gaming platform that offers great no deposit online casinos bonus offers and a big range of games to its players!

In the months leading up to this week’s Russia vs Argentina preview, the away team made hard work of qualifying for next summer’s World Cup and needed a last day win over Ecuador to escape from the South American section. Despite their relative struggles, the Argentines have been beaten just once in their last nine match-ups, though they have drawn three of their last four.

Jorge Sampaoli has one of the most exciting sets of forward players in world football at his disposal, which will have a discernible effect on our Russia vs Argentina betting tips later. Like other Argentina managers before him, Sampaoli has so far struggled to get the best out of his attackers, however. Players like Paulo Dybala, Sergio Aguero, Mauro Icardi and Lionel Messi star week on week at club level, but very often look uneasy when sharing the pitch on the same team. Saturday is only the second time these nations have played each other. The first time was back in 2009 when the South Americans won an Int. Friendly Game 3-2 against the Russians.

The absence of Gonzalo Higuain and Mauro Icardi doesn’t have much of an impact on today’s Russia vs Argentina bets. Sampaoli has an abundance of creative and goal scoring talent available to him, which lessens the blow of not having the two Serie A strikers available. The Argentineans may have had a ropey World Cup qualification campaign, but they should enjoy playing without pressure this weekend having ended their competitive season on a positive note.

The South Americans have only lost two of their last twelve away international matches. In those games, they were beaten 0-2 in Brazil and 0-3 in the high altitudes of La Paz in Bolivia. With the hosts on Saturday short on competitive action, the extra ring rust should be telling. The Int. Friendly Games soccer odds for this one tip the away side to triumph and we’re backing them to win too. 10Bet have the most valuable odds for our outright selection choice, making them our recommended bookmaker this time.

It’s not very often you get the best player in the world at evens to score anytime. Those amazing odds make the inclusion of Lionel Messi a no-brainer in our Russia vs Argentina predictions this week. Messi banged in a fantastic hattrick when he last wore the Argentinean colours, netting three times against Ecuador in his country’s do-or-die World Cup qualifier.

Domestically, Messi has already scored twelve times in just eleven La Liga fixtures, including four goals in his last five appearances alone for Barcelona. It remains to be seen how much Messi will exert himself in the cold of Russia in a game that essentially means nothing, but smart bettors won’t turn down the cracking odds on him to score this week. Ladbrokes odds emerged as the most lucrative way to back the second of our international football tips today, so our advice is to avail of their services.

To see odds on the next event visit Russia vs Argentina odds page.