Sevilla FC vs Alaves Predictions: Sevilla Have the Edge Over Alaves 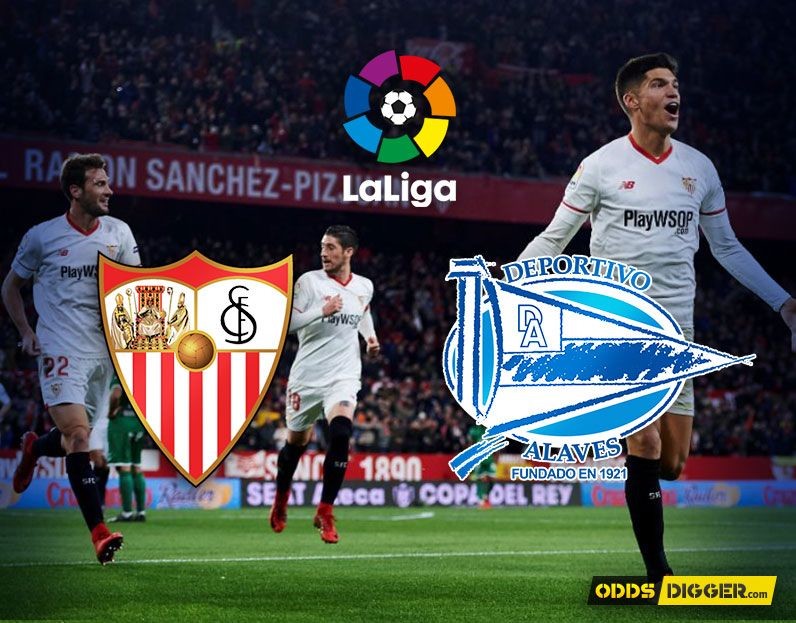 The teams featured in today’s Sevilla FC vs Alaves preview can enter the final game of the 2017/18 La Liga season in relatively relaxed fashion. Los Hispalenses can cement 7th spot in the division with a win this weekend, though they would have been aiming to finish much higher this year. El Glorioso have ended their campaign in a positive fashion and another victory on the final day could catapult them to as high as 10th position.

Our partners: 777Spinslot casino gives access to the most lucrative specials in the business, from registration offers to bonuses, free spins casino no deposit and free bets.

The home side have had an upswing in results in the weeks just prior to our free Sevilla FC vs Alaves betting tips. After just four months in the hot seat, Sevilla FC sacked Italian manager Vincenzo Montella at the end of April after they lost out 2-1 at Levante. The decision to oust the former Milan manager has proven a good one and Los Hispalanses are unbeaten in three since his departure.

Alaves have been in fabulous form, winning five of their last seven league matches on their way to collecting fifteen out of the last twenty-one points available. The run pulled them clear of the relegation dogfight and now Abelardo’s men look set for a comfortable mid-table finish. The football odds suggest that they will find it tough to avoid defeat at the Ramón Sánchez Pizjuán, however.

With Montella removed from his position as manager, the home team look rejuvenated. They have been playing with renewed enthusiasm over the past few weeks, beating Real Sociedad and Real Madrid in successive matches before taking a 2-2 draw in their local derby against Real Betis. The influence of new Coach Joaquín Caparrós had a sizeable impact on the first of our Sevilla FC vs Alaves bets today.

Still, the problems that Los Hispalenses have had in defence all season have yet to sort themselves out. They have kept only one clean sheet in their last five matches. Their opponents this weekend have been finding the net with consistency – they have only failed to hit the mark once in their last seven outings. The stats suggest that Alaves will grab a goal this weekend, though that is probably as much as they will take from the fixture.

Despite Sevilla’s disappointing overall league performance, they have only been beaten three times in eighteen matches at the Ramón Sánchez Pizjuán. Our La Liga result predictions recommend you back the home side to win on the final day, but we suggest you couple that outright result with a both teams to score option. Betfred have the best prices around for that combination.

The home team are tipped to win in today’s Sevilla FC vs Alaves predictions, though based on the evidence from their last few matches, it could take them some time to kick into gear. In 100% of the hosts’ last three La Liga matches, there were more goals scored in the second half than the first. We expect that pattern to continue this week.

The latest La Liga odds seem to back that prediction up. Against Real Sociedad, Los Hispalenses’ only goal of the game came two minutes into the second half via an Ever Banega penalty. In their 3-2 triumph over Real Madrid, three of the game’s five goals arrived in the second forty-five. In their 2-2 derby draw at Real Betis, three out of four goals hit the net in the second period of the contest too.

To see odds on the next event visit Sevilla FC vs Alaves odds page.