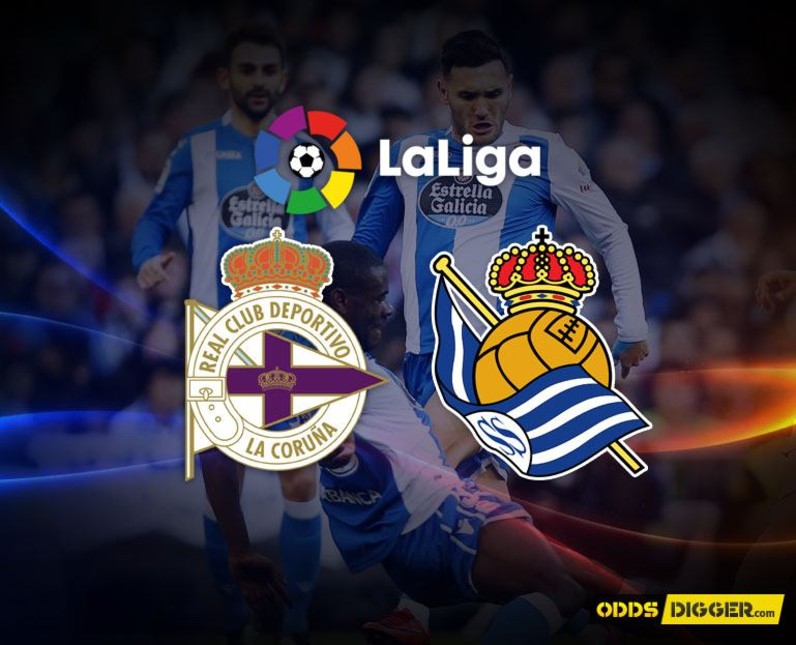 Both of these sides are in poor runs of form, ahead of our Real Sociedad vs Deportivo La Coruna preview and soccer odds, with the pair hovering around the relegation battle, making three points vital for the home side to pick up.

Our partners: Trusted, credible, and player oriented – those are the three words that come to mind when speaking about free no deposit mobile casino 777Spinslot.

Real Sociedad have been dreadful recently, with their defensive problems really coming to the fore. Eusebio is under a lot of pressure to turn things around, especially given the fact that Anoeta is not a stadium to strike fear into the hearts of any opponents, let alone Deportivo La Coruna.

Our Real Sociedad vs Deportivo La Coruna predictions revolve around both sides’ defensive frailties, which means that our La Liga tips suggest that backing goals and a lack of clean sheets is the way to go for Friday evening.

La Real need to get themselves back on the right track to climb back into the race for European football, but they come up against a Depor outfit that are fearing dropping into the abyss if they can’t pick up some points soon.

Deportivo have scored in all four of their recent La Liga fixtures, finding the back of the net against the likes of Real Madrid, Valencia, Villarreal, and Celta Vigo. All four of those opponents have been performing well in the Spanish top flight this season, and the visitors certainly aren’t without quality in the forward areas.

William Hill offer the best odds on both teams hitting the back of the net at Anoeta, with Real Sociedad yet to keep a clean sheet in La Liga at home since a 3-0 win against Villarreal back in August. Eusebio’s side take a lot of risks and push a lot of players forward, and this should leave gaps for Depor to be able to exploit on Friday.

Last time out, Real Madrid were able to put seven past Cristobal’s men, with Real Sociedad similarly able to muster up a lot of chances and creativity when they have the confidence. Lately, that has waned, but against a Deportivo side that are just as shaky as them at the back, entertainment should be a guarantee.

Our Real Sociedad vs Deportivo La Coruna bets back there to be plenty of goals at Anoeta, with both teams’ defensive problems bound to benefit the fact that both of these squads have a lot of creative quality. Depor boast the likes of Adrian Lopez, Lucas Perez, and Florin Andone, with Emre Colak also a very creative and busy number 10.

Betfair offer the best odds on there being three goals or more on Friday night, and Deportivo have seen this amount of goals fly in during four of their last five league outings. Celta Vigo netted three against them, with Barcelona triumphing in a 4-0 win. Real Sociedad might just be able to kick-start their form against a team that struggles on the back foot.

Our Real Sociedad vs Deportivo La Coruna betting tips suggest that Real Sociedad should be confident that they can play their natural game against Cristobal’s men, with striker Willian Jose also looking very sharp in front of goal of late too. Goals should be a given at Anoeta.