Leganes vs Sevilla FC Predictions: Goals Expected from the Visitors 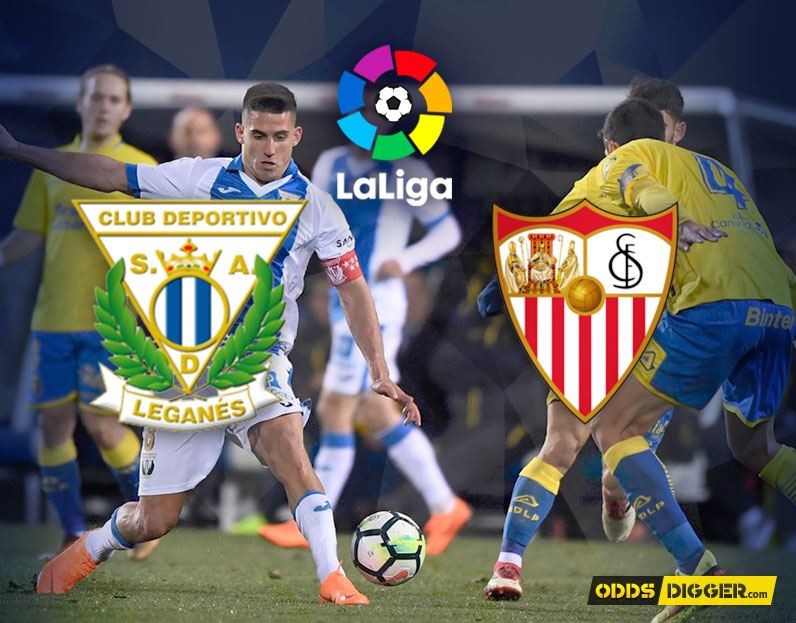 The away side might be a little bit tired after triumphing in the Champions League midweek, ahead of our Leganes vs Sevilla FC preview and soccer odds, with Vincenzo Montella’s side having travelled to England to face Manchester United at Old Trafford on Tuesday evening.

Our partners: 777Spinslot casino gives access to the most beneficial special offers in the industry, from new player offers to bonuses, free spins no deposit needed and free bets.

Sevilla FC have won three of their last four away games in all competitions with Montella managing to get a bit of a reaction from his squad since taking over a couple of months ago. Just keeping his selection consistent has helped them to lay down some decent foundations.

Our Leganes vs Sevilla FC predictions back there to be goals in this one, which makes going for both teams scoring and three goals or more the way to go in our La Liga tips for the weekend’s action in Madrid.

Leganes have managed to get some points on the board of late, but they will still need to pick up a few more results to ward off the distant threat of being dragged into the relegation battle. At home, they can hold their own and they should be an interesting test for a rotated Sevilla.

Sevilla have kept two clean sheets in their last 12 La Liga away outings, with only the likes of Espanyol and Malaga failing to hit the back of the net against them. Given that the former are reliant on Gerard Moreno and the latter are dreadful both home and away this campaign, Leganes should be confident that they won’t become the third.

William Hill offer the best odds on both teams hitting the back of the net at Butarque, with Leganes starting to get their mojo back a little. They’ve scored in five of their last seven home outings, with a much-needed 2-0 win over Malaga recently helping to boost their confidence after a long winless run.

Leganes may have kept consecutive clean sheets at home recently, but Las Palmas and Malaga were the two sides to fire blanks. Both have been dreadful on the road so far this campaign, with Sevilla stepping up and looking much more of a threat offensively since Montella’s appointment.

Our Leganes vs Sevilla FC bets back there to be a few goals in this one, with the away side making the trip to Madrid after previously travelling to England for their Champions League responsibilities midweek. Los Nervionenses may rotate a little as a result to give some other players the chance to click into form and show what they can do ahead of the international break.

Unibet offer the best odds on there being three or more goals at Butarque, which looks likely given how Sevilla have improved recently. Leganes may have been poor on the road this campaign in terms of goalscoring, but at home in Madrid, they have scored enough goals to get themselves by.

Our Leganes vs Sevilla FC betting tips back both teams to trade blows in this game, with the away side needing to take three points to try and stay ahead in the race for Europe, while Leganes look to take at least a share of the spoils on Sunday to keep themselves within arm’s length of the relegation battle.

To see odds on the next event visit Leganes vs Sevilla FC odds page.