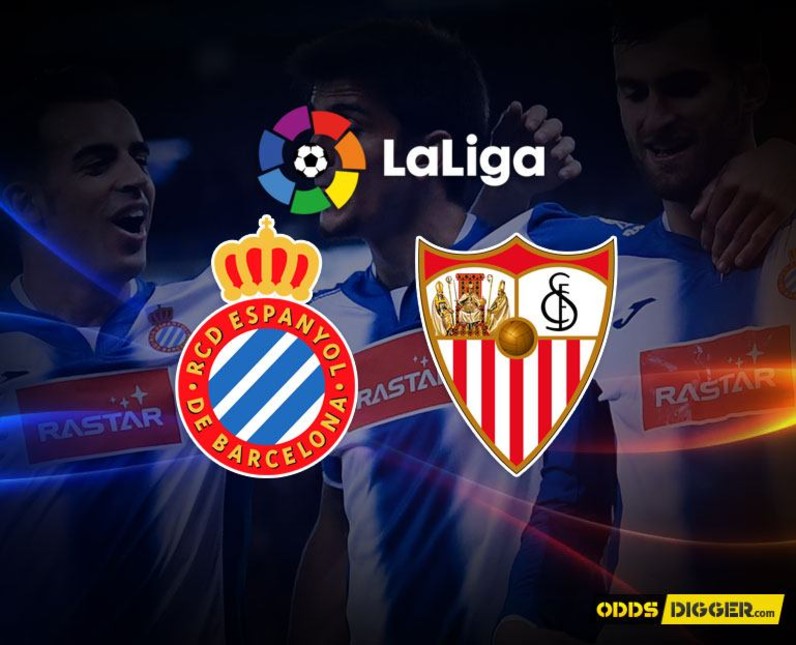 The away side are looking in a rather unstable position, ahead of our Espanyol vs Sevilla preview and football odds, with the home side contrastingly starting to improve of late in La Liga.

Sevilla have been awful on their travels in the Spanish top flight this season, with their attempts to try and keep pressure on the top three falling by the wayside at present due to their extremely inconsistent form.

Our Espanyol vs Sevilla predictions back the home side to frustrate Los Nervionenses yet again, with our La Liga predictions pointing towards Quique Sanchez Flores’ men continuing to be a very tough team to play against in Cornella.

The visitors need to try and turn their away form around in the new year, but it promises to be too big of an ask for a coach that needs some time to adjust to his players and surroundings.

Sevilla have lost six of their last seven away matches in LaLiga, with that sole victory coming in the form of a three-goal comeback versus Villarreal at La Ceramica in November. Los Nervionenses have been excellent in general on their own patch, but travelling has been a hallmark of their failures so far this campaign.

Espanyol, meanwhile, have lost just two of their last eight home games in the division. Valencia and Girona both stayed compact and played the hosts at their own game, but a team such as Sevilla will not be capable of such a thing. Backing a home win with the adding safety of a Draw No Bet clause looks to be excellent value from Unibet.

The home side managed to scrape a 1-0 win against an unbeaten Atletico Madrid at the tail end of 2017, and their organised and cohesive approach should mean that Sevilla have no luck either. There shouldn’t be a big resurgence at the hands of Montella quite yet.

Our Espanyol vs Sevilla bets back there to be a few goals at Cornella, despite the fact that Espanyol are renowned for their defensive organisation. Valencia and Girona, however, have recently found chinks in their armour when on the road in LaLiga. Given the amount of offensive talent that Sevilla have, they should be confident of at least managing to do the same.

The away side have found the back of the net in three of their last four away games in the league, having scored versus Real Sociedad, Villarreal and Barcelona. Despite having the attacking players to cause Espanyol some problems, they should come unstuck at the back. Ladbrokes offer the best odds on both teams hitting the back of the net this weekend.

Our Espanyol vs Sevilla betting tips suggest that Sevilla will struggle yet again on their league travels, with Montella having a very tough start to life as boss. Espanyol should take full advantage of this.

To see odds on the next event visit Espanyol vs Sevilla FC odds page.