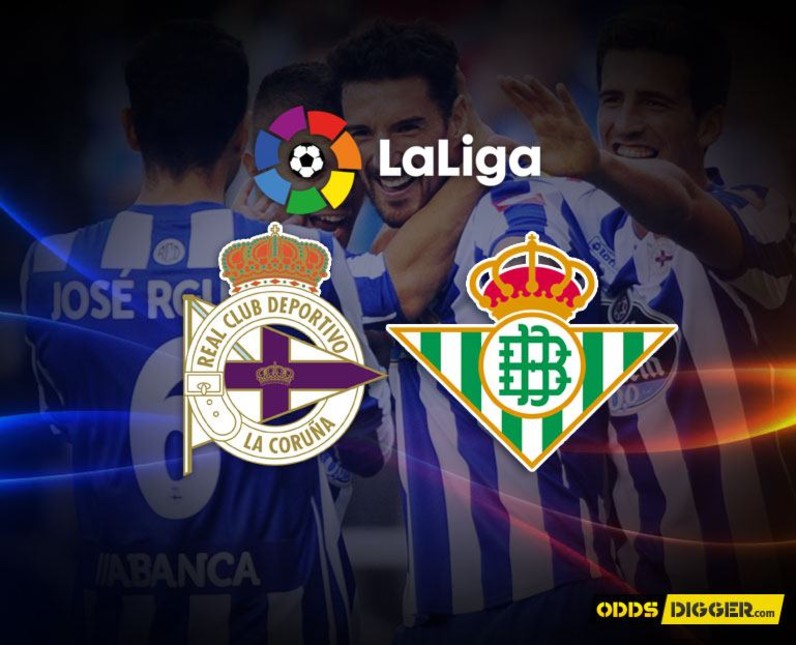 Goals will be the order of the day, ahead of our Deportivo La Coruna vs Real Betis preview and football odds, as two teams face off who have plenty of offensive quality but nothing in the way of defensive solidity.

Our partners: 777Spinslot casino site offers access to the most lucrative specials in the industry, from new player offers to bonuses, free spin no deposit 2020 and free bets.

Deportivo La Coruna have won just one of their last five home matches in La Liga, but Cristobal’s side always boast an offensive threat down to the top-heavy squad that the club currently boasts. Their lacklustre defending and goalkeeping is what keeps them right in the mix for relegation.

Our Deportivo La Coruna vs Real Betis predictions back this to be a real thriller, with goals being the only way to go in our La Liga predictions between two sides who can only impress when it comes to attacking and committing bodies forward to try and find a way through.

Real Betis have been good on the road of late, winning two of their last three matches, with Quique Setien’s side certainly feeling more confident after going through a rough patch of form. The away side will know that this could be an important three points as they hunt for a European finish.

Deportivo have scored in their last five consecutive La Liga games at Riazor, finding the back of the net against Athletic Bilbao, Leganes, Celta Vigo, Valencia, and Levante respectively. Even though four of those five teams are known for their defensive solidity and work rate to try and make things tough for the opposition, the hosts continue to find a way through.

Sunbets offer the best odds on both teams hitting the back of the net, with Betis offering similarly impressive form when it comes to scoring on the road of late. The away side have scored at least two goals in their last three league away outings, even managing to net five against cross-city rivals Sevilla last month.

Betis can only play on the front foot in an attacking manner, with their back four constantly left very exposed indeed. Depor, meanwhile, try to keep things balanced, but the state of their goalkeeping this season has been dreadful. Cristobal’s men don’t have solid foundations to build upon for this match.

Our Deportivo La Coruna vs Real Betis bets back these two sides to score at least four goals in this game, which looks entirely feasible. As previously mentioned, Betis have netted two goals minimum in their last three consecutive La Liga away games, with the goals not just flowing at Benito Villamarin this season.

10Bet offer the best odds on both sides managing to create plenty of opportunities, with four goals at Riazor definitely realistic. After a 3-2 scoreline versus Celta Vigo and a 5-3 win over Sevilla lately, Betis appear capable of scoring goals no matter the opponent. Depor, meanwhile, haven’t kept a clean sheet in their last six consecutive league games at home.

Our Deportivo La Coruna vs Real Betis betting tips back this to be a game for the neutrals, with entertainment set to be guaranteed between two sides that can’t defend but boast quality up front in the form of Fede Cartabia, Lucas Perez, Florin Andone, Joaquin, Sergio Leon, and Cristian Tello.

To see odds on the next event visit Deportivo La Coruna vs Real Betis odds page.