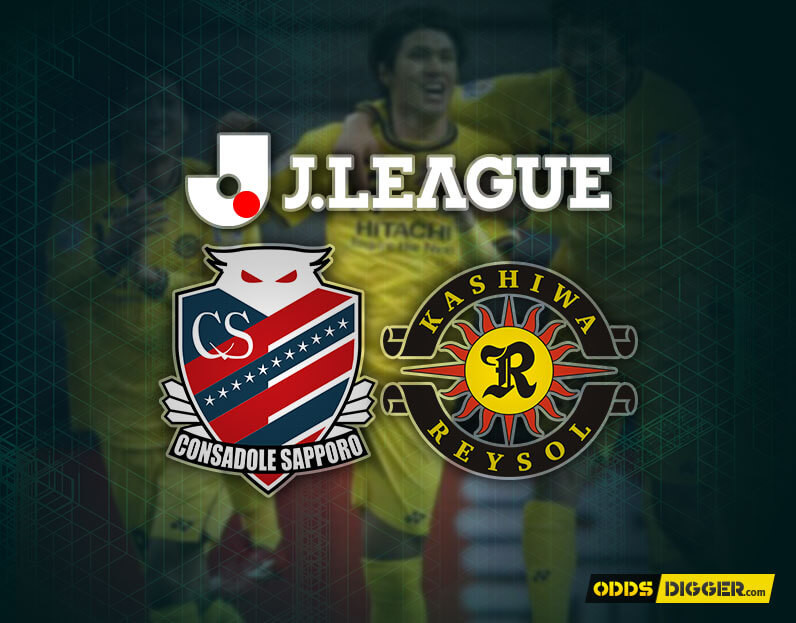 Both of these sides are in fairly good form, despite the huge gap between them in the J.League standings, ahead of our Consadole Sapporo vs Kashiwa Reysol preview and soccer predictions. The visitors, however, are closing in on a top-three finish for the season.

Our partners: 777Spinslot is a well-known gaming platform that provides great online casino no deposit free bonus and a wide variety of games to its users!

Kashiwa Reysol have found themselves doing well on the road of late. The away side have lost just one of their last 12 matches when on their Japan’s top-flight travels, meaning that they pose a very tough challenge for Consadole Sapporo.

Our Consadole Sapporo vs Kashiwa Reysol predictions are based on both of these teams performing well of late, with the hosts, in particular, outdoing expectations quite considerably, which means there is plenty of value to be found in the weekend’s J.League odds.

Given that the home side sit just one point above the relegation zone, there really is pressure on them to keep scraping points at home to try and edge their way to safety and survival.

Kashiwa Reysol have scored in their last six consecutive away matches in the Japanese top flight, the last firing a blank four months ago in a 0-0 stalemate with Ventforet Kofu. Sportingbet offer the best odds on both sides finding the back of the net on Saturday.

The home team, too, have been dangerous of late. They’ve failed to score in just one of their last eight home matches in this division, with their form at Sapporo Atsubetsu Park Stadium key to their battle against the drop. They’re one point outside of the relegation zone, despite being two places clear in the table.

The fact that the hosts are teetering so close to the drop will mean that they are incredibly motivated for this game, and that should result in a hard-fought battle. Kashiwa Reysol need three points too, in order to stay firmly in the race for a top-three finish, but both teams are in desperate need of a win.

This scenario affects our Consadole Sapporo vs Kashiwa Reysol bets, as both teams might be unable to separate themselves in terms of the scoreline as a result. They have very clearly defined objectives quite late in the season, with the hosts arguably having the bigger need to take a win on Saturday.

Consadole Sapporo are unbeaten in their last four consecutive home games, while the away team arrive unbeaten in five on the road. These two teams are in very good form, and they may be capable of cancelling each other out as a result. The visitors have more quality, but survival instincts will be kicking in for the hosts.

Our Consadole Sapporo vs Kashiwa Reysol picks suggest that Consadole will be desperate to take even a point from this weekend’s clash, as they cannot afford to be dropping any points at all at home so late in the J.League campaign. Anything will help to try and stay afloat.

To see odds on the next event visit Consadole Sapporo vs Kashiwa Reysol odds page.