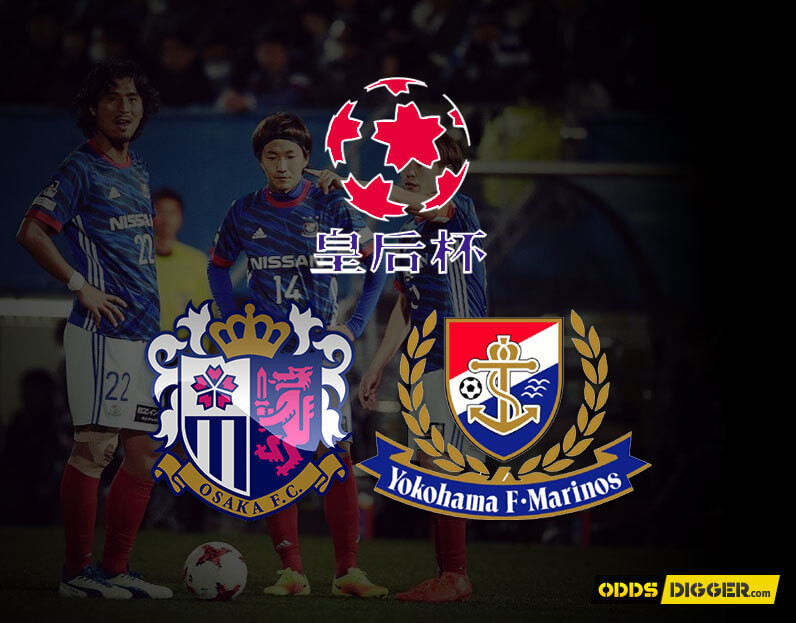 At last the grand finale is here. The climax of the Japanese Emperor's Cup is set to take place on the first day of the New Year, at Kincho Stadium in Osaka. OddsDigger is here to make Cerezo Osaka vs Yokohama F. Marinos preview and to supply you with all the latest news and facts surrounding these two teams. Both teams were quite confident in their quest in this competition, and it is going to be an exciting match to watch. And to bet also. That is why we have some soccer predictions included in this article, as a part of Cerezo Osaka vs Yokohama F. Marinos predictions.

Our partners: 777Spinslot is a reputable online casino that offers fantastic gambling online no deposit promotions and a vast range of games to its users!

We have two big reasons why we decided to pick this outcome. The first one is the home ground advantage. In games like this one, it is a huge factor, and sometimes it can be decisive. Especially when Cerezo plays. Throughout the J1 League season, hosts in this event lost only twice and won 12 times in 17 contests. This is something pretty reassuring. The second significant factor is a current record in head-to-head clashes. As you already read, the home team has 9 straight without a loss against this rival, and three last were wins. All of them were in 2017. No need to explain further. Emperor Cup finals odds for Cerezo Osaka vs Yokohama F. Marinos bets are highest at Unibet, where you have the possibility of more than doubling your money.

888 Sport has an offer which merely needs to be exploited right away. This bookie gave a fantastic opportunity to make easy cash. Cerezo Osaka vs Yokohama F. Marinos betting tips will now present one ideal New Year present. Cerezo scored 37 times in 17 games at home this season. This makes them the second-most efficient host in Japanese J1 League. In all but one event in the Emperor Cup, they also netted at least twice. And the ultimate proof why to listen to our idea is the data that previous five direct meetings at Kincho ended with the home team scoring twice, exactly. Do not look further, because this is a fantastic bargain. We already told you were to bet on it, which means that our work is finished here.

To see odds on the next event visit Cerezo Osaka vs Yokohama F. Marinos odds page.