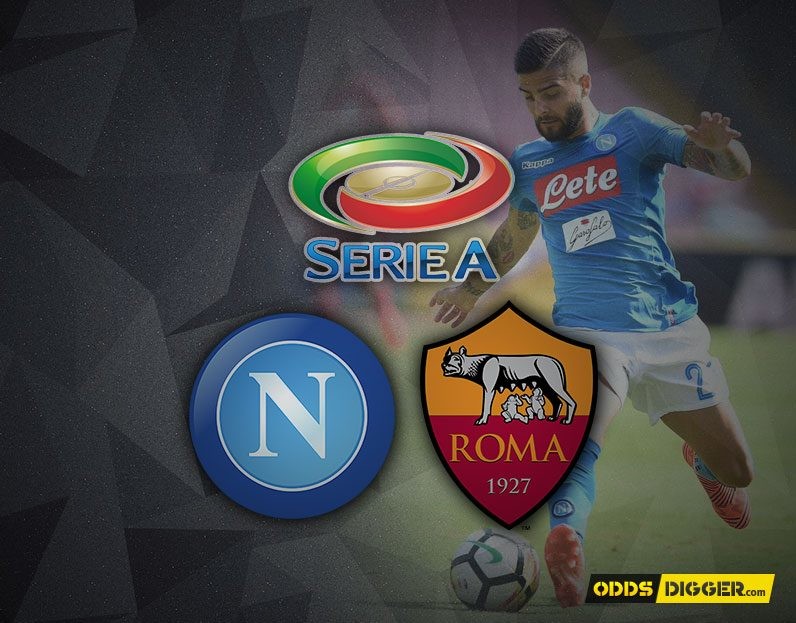 Napoli are sitting on the top of the pile in Italy, ahead of our Roma vs Napoli preview and soccer tips, with Maurizio Sarri’s side the only team to have recorded seven wins from their opening seven matches in the top flight.

Our partners: 777Spinslot is a reliable gaming platform that always improves its offered games to get better results and to provide customers the highest quality no deposit bonus slots to work with.

Roma meanwhile, have lost just once, with a 3-1 home defeat against Inter being the only blot on their own copybook. Travelling to Stadio Olimpico will be a tough ask for the away side, but they must overcome any barrier to get to the Scudetto.

Our Roma vs Napoli predictions suggest that entertainment and goals should be a guarantee, which makes the Serie A odds very tempting to back both teams to get on the scoresheet. This should be an exciting game for the neutral to watch.

The Giallorossi will be hoping that they can bring Napoli to a halt, but from how the away side have been playing in the opening weeks of Serie A, they look to be an almost irresistible force.

The visitors have scored 25 goals in seven league games this season, with Sarri getting the Partenopei playing some beautiful stuff to watch. Roma will have a tough task on their hands to somehow walk away from Saturday’s game with a clean sheet held intact.

Napoli have scored at least three goals per away game for their last six consecutive fixtures on the road. SPAL, Lazio, Bologna, Hellas Verona, Sampdoria and Torino have all been stuffed by the side hailing from Naples. Roma, meanwhile, have scored three goals in four of their last five league games at Stadio Olimpico.

William Hill offer the best value for both teams to hit the back of the net in Rome, with Napoli not having the best defensive record away. They’ve kept only one clean sheet in their last four away jaunts, which leaves the door open for the hosts to do some damage of their own.

Dries Mertens have been one of the most in-form players on the continent, heading into our Roma vs Napoli bets. Seven goals in seven Serie A appearances show the speed at which the Belgium international has come flying out of the blocks, with this weekend an opportunity to keep that momentum going.

Behind him, he has a fantastic, well-drilled support network that should provide him with plenty of opportunities across the 90 minutes. Ladbrokes offer some of the best value on the ex-PSV man finding the back of the net yet again, so it would make sense to lodge your bet with them this Saturday.

Our Roma vs Napoli picks suggest that Mertens’ purple patch will continue after the international break. Before heading off to join up with Belgium, he had netted six times in his last four domestic matches. The hosts will need to keep a very close eye on him indeed.

To see odds on the next event visit Roma vs Napoli odds page.