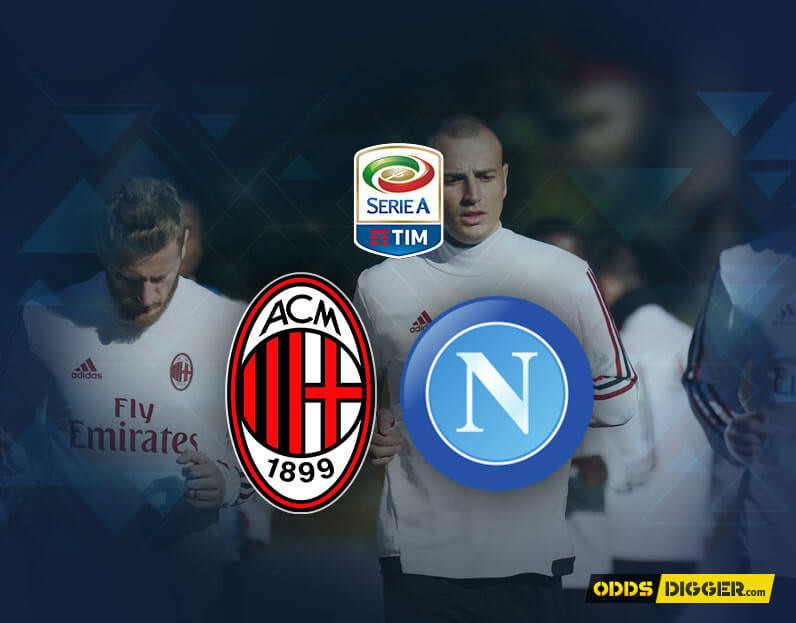 With ten wins from their first twelve Serie A fixtures, Napoli are firmly in the hunt for their first Scudetto win since 1990 this season. Maurizio Sarri’s fluid, snappy style of football has been lauded in all quarters and their easy on the eye performances were further brought into focus this week following Italy’s unimaginative display over two failed matches against Sweden in the World Cup play-offs.

Our partners: Secure, credible, and user-friendly – those are the three things that come to mind when discussing no deposit sign up bonus mobile casino 777Spinslot.

In the weeks leading up to today’s expert Napoli vs Milan preview, the home side drew 0-0 with Chievo, which was their second goalless stalemate in four fixtures. Those blanks can be taken in isolation, however, as the Partenopei are the second highest scorers in the division overall in 2017/18 behind Juventus. At the Stadio San Paolo, they have averaged three goals per game, smashing in fifteen times in five contests there.

The away side analysed in this week’s Napoli vs Milan betting tips are stuttering and spluttering along. Following a hefty summer outlay on new players, the Rossoneri began the season in positive fashion, though over the past couple of months things have taken a decidedly negative turn. Their 2-0 win at Sassuolo last time out was only their second victory in eight games. Vincenzo Montella is having trouble getting his new attack to gel. His team have failed to score in four of their last six attempts.

Don’t’ let their 2-4 reverse at home to Man City in the Champions League fool you – the boys from Naples are still one of the best teams on the continent. They remain unbeaten at home in Serie A, a record that holds huge sway in our Napoli vs Milan bets. Milan haven’t won at the Stadio San Paolo since 2011, in fact, they have only beaten their opponents once in twelve clashes both home and away since that same year.

Only the Rossoneri’s Milanese rivals Inter have taken a point in Naples this season, securing a 0-0 draw there at the end of October. Sarri’s side have lost just two league games in their last forty-three on home turf. Facing them is a frightening prospect for any visiting team. Inzaghi has seen his players lose every time they have travelled to play a team above them in the table this season and Saturday should see history repeat itself. The Serie A football odds at Ladbrokes offer the best in terms of value for punters for this pick.

Although the away team in our featured Napoli vs Milan predictions have been involved in some pretty low-scoring matches of late, they take to the field this weekend against a team who rarely fail to excite. Partenopei have played eighteen competitive fixtures in 2017/18 in total so far and there have been over 2.5 goals in thirteen of them. Their matches have averaged just over three goals per game all told.

When we examine the head-to-head record between these two Italian giants, we can see that there have been over 2.5 goals registered in four of the last five meetings between them. When this battle takes place in Naples, the statistics offer further backing for our forecast. In seven of the last eight clashes at the Stadio San Paolo, the over 2.5 goal mark has been passed. With current form as well as history on our side, you can back the same mark to be passed again using the terrific odds at Betway, who are our bookmaker of choice to match the last of our Italian football tips today.

To see odds on the next event visit Napoli vs AC Milan odds page.