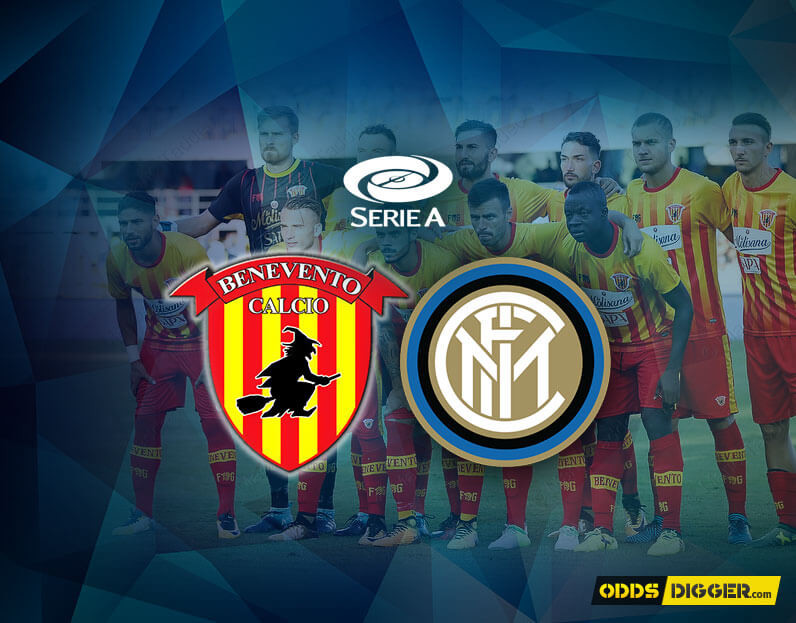 Benevento have lost every single one of their opening six Serie A fixtures, ahead of our Benevento vs Inter preview and soccer tips, with the newly-promoted side not looking to be up to the required standard to survive relegation in the Italian top flight.

Our partners: 777Spinslot casino site gives access to the most attractive promotions in the business, from registration offers to bonuses, free slots no deposit 2020 and free bets.

Benevento have been struggling in front of goal, but also boast themselves a -15 goal difference after just six league fixtures. It looks as though it is going to be a long, tough and arduous season for the minnows to endure.

Our Benevento vs Inter predictions back the Nerazzurri to blow the underdogs out of the water, which makes the Serie A’s weekend odds tempting to get involved with. The home side aren’t going to take a share of the spoils on Sunday and will be on the end of a thrashing once again.

Inter are currently sat in third place in the table, and are unbeaten thus far in Serie A action. They’ve taken 16 points from a first available 18, with Luciano Spalletti getting the best of a well-balanced squad thus far.

But for a goal during their opening day 2-1 loss to Sampdoria, Benevento haven’t found the back of the net in Serie A. That means that it has been five consecutive match days within which neither their players nor fans have had the opportunity to celebrate anything at all.

All of the hosts’ striking options are without a goal, with confidence sure to be at an all-time low for the minnows. There is an overbearing feeling that although they did well to secure promotion to the Italian top flight, they are awfully out of their depth.

Inter are unbeaten in their last four consecutive away league games, and given the fact that their opposition is very toothless going forward, William Hill offer some fantastic value on the Nerazzurri picking up three points without being scathed at the Stadio Ciro Vigorito. All of the form books point to an away victory, and it will be an extremely comfortable one at that.

Our Benevento vs Inter bets rightfully don’t give the home side a chance, with Mauro Icardi set to be a benefactor from the minnows’ misfortune. The Argentine striker has been in good shape so far in Serie A, and should fill his boots with goals this weekend.

Icardi has six goals to his name from his last six Serie A appearances. On the road in the league, the former Sampdoria man netted a brace versus Roma, as well as an important goal in a 1-1 draw with Bologna fairly recently.

Our Benevento vs Inter picks back Icardi to add to his goalscoring tally, after failing to hit the back of the net versus Genoa last time out. Inter should create plenty of opportunities and outclass their opponents, so a couple of finishes for the 24-year-old striker appear to be on the cards. Ladbrokes have the best value available on this particular market.

To see odds on the next event visit Benevento vs Inter odds page.