Hertha BSC vs 1. FSV Mainz 05 Predictions: Mainz Has to Attack the Old Lady 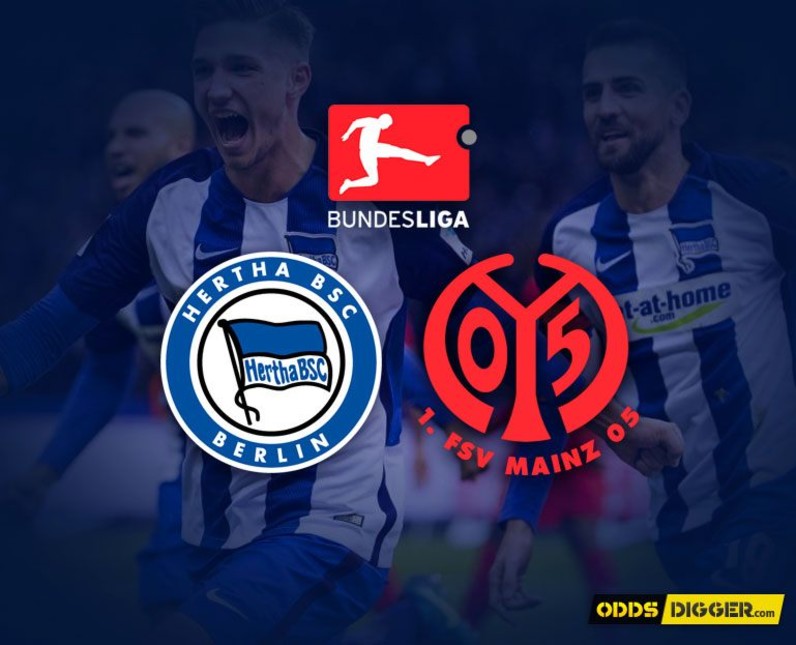 Bundesliga is starting its 23rd round this Friday in Berlin. Hertha BSC vs 1. FSV Mainz 05 preview is here to make a presentation of that match. It comes in a difficult moment for the guests who are trying to get away from the danger zone, and it is going to be the third consecutive match outside their stadium. Fatigue will be the main enemy of Sandro Schwarz and his boys. That is the most important fact you need to have in mind when placing Hertha BSC vs 1. FSV Mainz 05 bets.

Our partners: Reliable, trustworthy, and adaptable – those are the three things that come to mind when speaking about no deposit slots casino 777Spinslot.

Both sides are very efficient lately, and they know both to score and to allow goals. The German Old Lady is struggling in the Bundesliga, and that was probably because they participated in the Europa League. They will try to reach that achievement again, but the chances are slim. Meanwhile, there is no other option for the visitors but to attack. Schwarz's team needs to collect as many points as they can if they want to survive the relegation battle. In the recent times, they too score and concede, which means that the opening section of Hertha BSC vs 1. FSV Mainz 05 betting tips has everything needed to come true. For the preferred bookie, we recommend Betfair due to great Bundesliga odds.

Be sure that as soon as the first blood is drawn, this match will become more open and attractive. Neither of the participants would like to lose here, and although, Mainz could be satisfied with on point, hosts will not allow that to happen in front of their own crowd. We already said that five latest here saw both sides to score, but only two went above 2.5 goal margin, and this is the perfect opportunity to see that after a long time. Guests' results on the road are indicating that such an outcome is not far away, as they have four out of five with three or more scores recently. Also, three latest at Olympic stadium ended with high efficiency. This football betting tip is best valued at 10Bet. Currently, you can't find a better place to lay your investment. Oddsdigger's Hertha BSC vs 1. FSV Mainz 05 preview came to an end.

To see odds on the next event visit Hertha BSC vs 1. FSV Mainz 05 odds page.