Hannover 96 vs TSG 1899 Hoffenheim Predictions: Goals in the Middle of Attention at HDI Arena 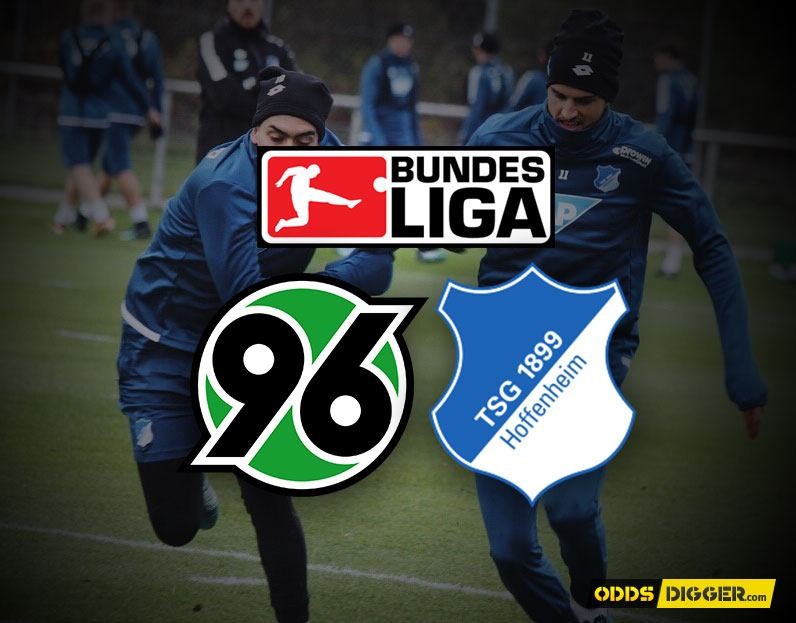 If there is one interesting event in the 15th round of Bundesliga, between the clubs, who have a similar quality it must be this one. It is why specific pieces of information provided in Hannover 96 vs TSG 1899 Hoffenheim preview could mean a lot to you in the quest for some extra earnings. Hosts are having solid results recently, and for now, everything is fine at HDI Arena. Middle of the standings was the target before the start of this campaign, and the 10th place looks fine. The visitors have battles on multiple sides. Europa League is exhausting, but with one game to go, die Kraichgauer have no chances to proceed. So keep an eye on them in the future. Hannover 96 vs TSG 1899 Hoffenheim betting tips are ready and we are getting down to business right now.

Our partners: 777Spinslot presents its customers a mobile slot games no deposit bonus, bonuses for loyal customers, VIP-benefits and regular battles of spins with outstanding bounties.

After three opening rounds at home where we haven't seen this outcome, games at HDI suddenly became more interesting. Latest three, before Hannover 96 vs TSG 1899 Hoffenheim bets, terminated with both sides scoring. When it comes to Hoffenheim, they have 4 out of 6 on the road with the same result. If we add the fact that there will be no calculations since these teams are direct opponents for the possible European places, another open encounter is expected. There is definitely a potential in the attacking lines for this pick, and statistics are also backing us up. The perfect offer for you, regarding football odds, is at 10Bet, the biggest internet bookie. Be sure that you won't find a better deal at this moment.

We did mention Hannover's efficiency and its rise over the past few events at home. First three games were under 2.5. Next three, totally the opposite, against Frankfurt 1-2, Dortmund 4-2 and Stuttgart 1-1, but to be honest, we could have seen at least twice as many goals back then. Visitors have only one event in Bundesliga, against Wolfsburg 1-1, where we saw less than three goals. It pretty much reveals why we are keen on the above-mentioned bet. Also, you need to have in mind that Julian Nagelsmann will not make any combinations and rest some of the players for the European challenges because his team is eliminated. The last piece of free football tips, covered in these Hannover 96 vs TSG 1899 Hoffenheim predictions is most profitable if you stake your money at Coral.

To see odds on the next event visit Hannover 96 vs TSG 1899 Hoffenheim odds page.