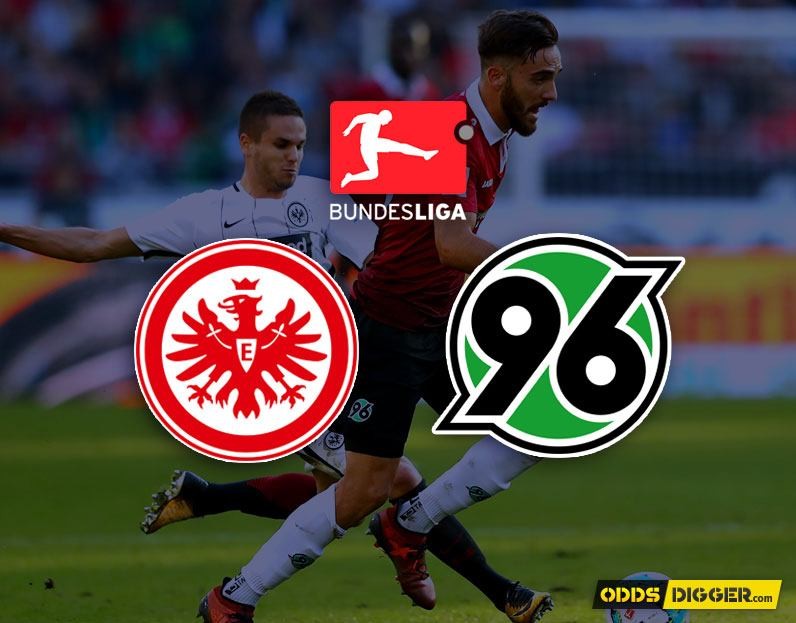 The clubs under the microscope in today’s Eintracht Frankfurt vs Hannover 96 preview can count themselves among the Bundesliga’s biggest surprise packages this season. Both teams are firmly involved in the race for European qualification places, though remarkably, the hosts are on course to make the Champions League as things stand.

Our partners: 777Spinslot casino presents access to the most lucrative promotional offers in the business, from registration offers to bonuses, free spins uk casino no deposit and free bets.

Coming into our free Eintracht Frankfurt vs Hannover 96 betting tips, Die Adler are on a run of five wins in six matches. Eintracht Frankfurt have lost only one of their last eleven fixtures overall. In their last Bundesliga outing, they overcame a highly rated RB Leipzig side, beating them 2-1 and leapfrogging them in the table in the process. Niko Kovač’s men have actually collected more points away from home than they have at the Waldstadion in 2017/18.

There are two sides to the story of Hannover 96’s recent endeavours. Die Roten have only picked up one win from their last five matches, though on the flip side, they have tasted defeat once in their last seven. Three wins, three draws, and one defeat during that period has to be considered a positive set of results, though they did have a kind run of fixtures. André Breitenreiter has only masterminded two away wins from twelve Bundesliga contests in 2017/18, however.

Die Adler had already been in impressive shape heading into this week’s free Eintracht Frankfurt vs Hannover 96 bets, but their recent victory over RB Leipzig would have pushed their self-belief to even higher levels than before. The result felt like a season defining one and now SGE will believe that Champions League qualification is a realistic aim.

SGE are now unbeaten in seven matches at the Waldstadion, winning five and drawing the other two there. Only Bayern Munich and Bayer Leverkusen have left that stadium with all three points since late September last year. If their home form isn’t enough to swing today’s predictions in their favour, the head-to-head record in this fixture will be.

Die Adler have beaten Die Roten in each of the last four times they played them. When they met at the Niedersachsenstadion earlier in the campaign, a last minute strike from Ante Rebic stole the points for the visitors in a dramatic finish. The Eagles are flying at the moment and we’re tipping them to make it five straight wins against Hannover. 10Bet’s Bundesliga football odds for today are the most lucrative around for the outright home win option. Make sure you check them out.

To close this week’s selection of German football predictions and Eintracht Frankfurt vs Hannover 96 predictions, we dissect the home team’s mesmerising attacking play. Die Adler have been extremely dominant in their recent fixtures at the Waldstadion, scoring eleven times in their last four matches alone there.

Niko Kovač’s troops have won four games in succession on their own patch and they tend to score goals at important times. Interestingly, SGE scored in both halves in three out of four of those victories against Monchengladbach, Mainz, and Koln respectively.

In addition, when our featured sides last met on October 14th last year, Die Adler hit goals in both halves to see off their rivals. With their goal scoring pattern firmly established, Frankfurt should have little trouble getting on the scoresheet in each forty-five once again next week. The prices for that outcome at William Hill are well worth your attention. There is a fantastic chance to double your money with their fantastic odds.

To see odds on the next event visit Eintracht Frankfurt vs Hannover 96 odds page.