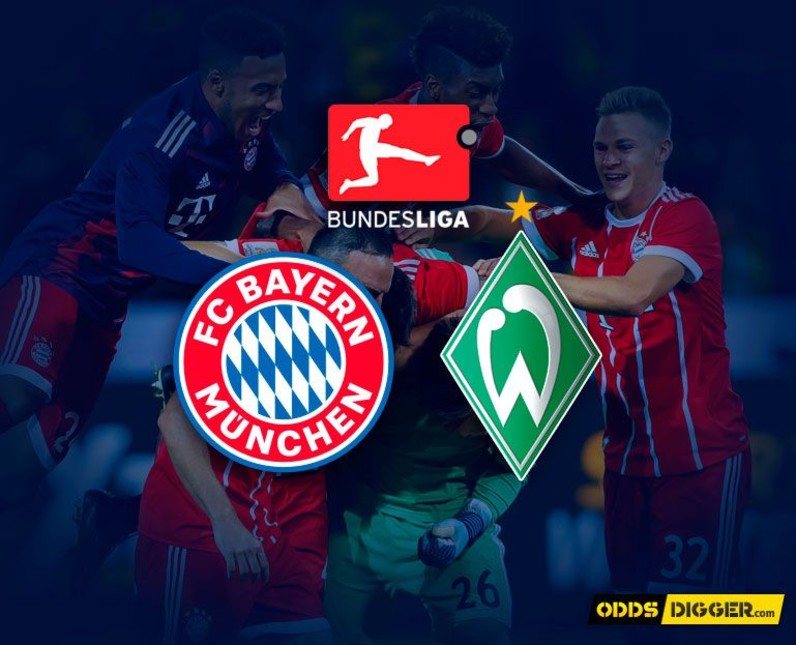 The guests in Bayern Munchen vs SV Werder Bremen betting tips are not very keen on playing against the Bavarians at Allianz Arena in Bundesliga. Only one win in 13 years here is something which is not something to be proud of. And to be straight with you, current performances are even more humiliating than the record with five-time European champions. They are safe and sound on the top of the league, with a huge advantage over other teams. Nevertheless, Jupp Heynckes doesn't care about it, and the old chap demands attack against any opponent. Bayern Munchen vs SV Werder Bremen predictions are here to tell you everything about that.

When Bayern appears at Allianz Arena and his fans, efficiency is guaranteed in the opening half of the event. Only once since the season began, games in Munich didn't saw two goals in the first 45 minutes. That was in the last round before the break, against FC Koln, which ended 1-0, Six others saw hosts scoring twice, and one was 1-1, against Hannover. Also, five of the prior six with Bremen here were also productive at the halftime, and they finished with over 1.5 goals. So, choosing something else over this would be unwise. Soccer odds on our Bayern Munchen vs SV Werder Bremen bets, at Betfair, are the best on the whole market, which is why you have to pick them.

This is one of the rare occasions when we predict that one victory will be this convincing. But both the current form and the history of meetings between the two clubs is pointing towards it. Five times in 12 games at Allianz since September this outcome occurred. But things are more extreme when we look direct meetings. In six clashes since 2013, only once Bayern won by less than three goals margin, in April 2016, in DFB Pokal, 2-0. All other matches were disastrous for the guests who allowed 30 goals during that span. This football forecast is best valued with Winner, who can double the investment since they offer one unit profit for each stake. Bayern Munchen vs SV Werder Bremen preview concludes here, and OddsDigger wishes you all the best with your betting.

To see odds on the next event visit Bayern Munchen vs SV Werder Bremen odds page.