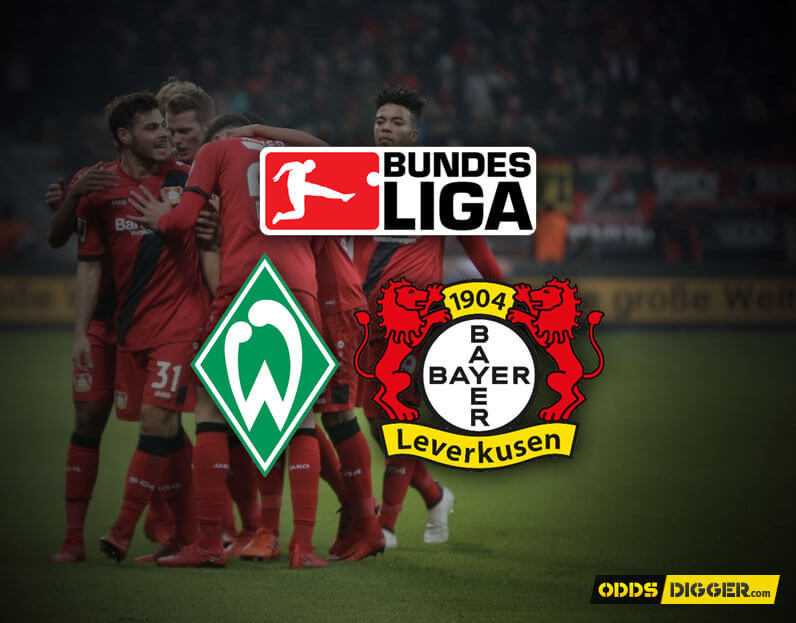 Such is the tight nature of the top half of the current Bundesliga table, if the home team featured in today’s Bayer Leverkusen vs SV Werder Bremen preview manage to grab the points, they could jump from ninth to fourth spot if other results go their way. The visitors to the BayArena are second from bottom, though they could climb to safety, albeit briefly, if they can somehow wrangle a win on December 13th.

Our partners: 777Spinslot is a well-known online casino that offers fantastic mobile casinos no deposit promotions and a vast variety of games to its customers!

The home team’s performances on their own patch this season have been impressive enough to have a major influence on our fee Bayer Leverkusen vs SV Werder Bremen betting tips. Die Werkself are yet to lose a league game at the BayArena in 2017/18, winning three and drawing four of their fixtures there. Bayer Leverkusen are in the midst of an impressive twelve-match unbeaten run, though they have ended level in four of their last five fixtures. The exciting performances of Leon Bailly and Kevin Volland have been a particular highlight. The attacking duo have scored a combined thirteen goals in the Bundesliga since the summer.

Werder Bremen are already on their second manager of the season following the sacking of Alex Nouri in the last week of October. Under 23 team coach Florian Kohfeldt has been handed the reins until at least the winter break, but so far, the 35-year-old has been impressive in guiding Die Werderaner to three victories in their last four matches, their best run of the season so far. Star striker Max Kruse has had a sudden burst in form having been in his shell for much of the season. The former Wolfsburg striker has scored four times in his last three appearances.

The contest dissected in our free selection of Bayer Leverkusen vs SV Werder Bremen bets sees a team with an unbeaten home record come up against a club yet to win on their travels. It doesn’t take a genius to pick out the favourite to win in that equation. Werder’s resurgence under Florian Kohfeldt muddies the water just a little, though it could be nothing more than a honeymoon period after the departure of Nouri.

Bayer’s long unbeaten run featured games against Schalke, Monchengladbach, Leipzig, and Dortmund, so it wasn’t an easy set of fixtures by any means. Their competitiveness against some of the Bundesliga’s better teams shows that Heiko Herrlich’s men can mix it with anyone on their day.

Although recent meetings between these sides have quite often resulted in positive results for Bremen (one defeat in seven), the respective squads are currently poles apart in terms of ability. Die Werkself won’t settle for a point this time, so expect them to push on to collect all three. Bet-at-home are the place to go for the best and latest Bundesliga football odds. Their lucrative odds for our first pick are unparalleled anywhere.

The teams on either side of our Bayer Leverkusen vs SV Werder Bremen predictions are no strangers to being involved in exciting, pulsating contests. Seven of the home team’s last ten fixtures all ended with over 2.5 goals scored. At the BayArena, their league matches have averaged 3.4 goals per ninety minutes, giving supporters plenty of value for money.

Five of the away team’s last seven contests also ended with over 2.5 goals registered. Their last three outings alone averaged three goals per match, mainly thanks to the precision finishing of centre-forward Max Kruse. The clubs under scrutiny in today’s preview throw up some interesting statistics in their head-to-head records too.

In seven of their last eight encounters, over 2.5 goals were smashed in. In fact, the average number of goals scored in those eight match-ups stands at a noteworthy 3.5. With goals high on the agenda again at the BayArena, we should expect our bet to come in comfortably. StanJames.com have some sensational odds in the goal markets making them our recommended bookie for the second entry in this week’s free German football tips.

To see odds on the next event visit Bayer Leverkusen vs SV Werder Bremen odds page.